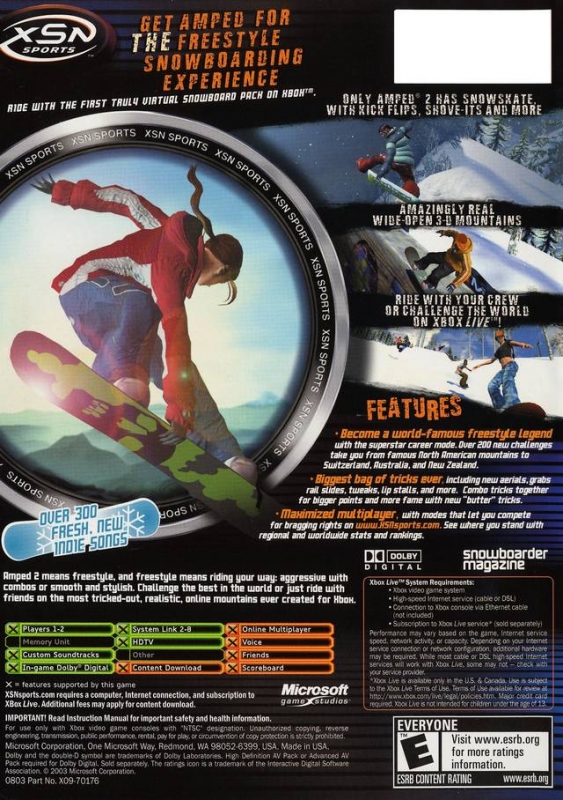 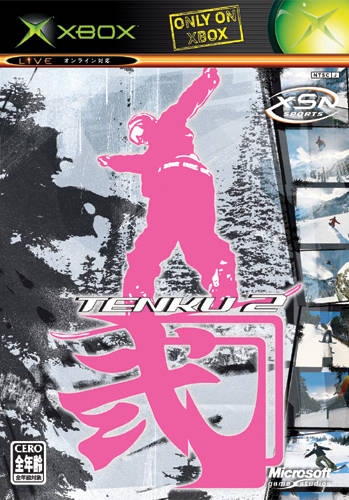 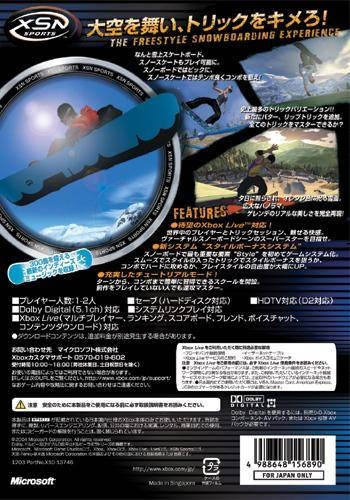 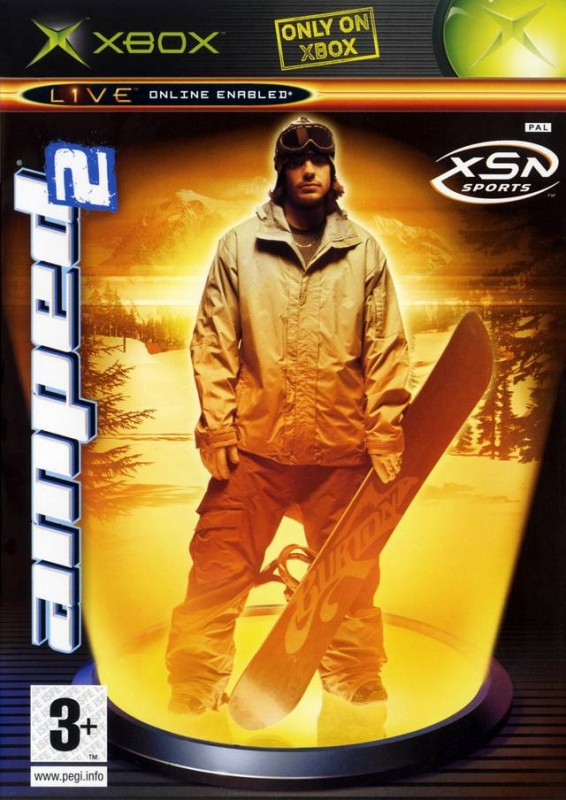 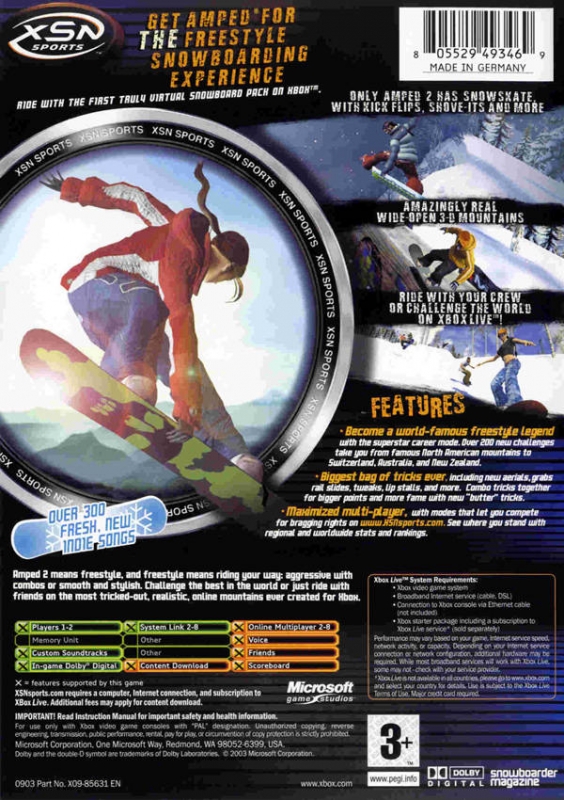 Amped® 2 is the ultimate freestyle snowboarding experience, offering the largest, most varied trick library of any snowboarding game.

Explore vast areas of wide-open, spectacularly rendered real mountains packed with terrain parks designed by world-famous snow park architect, Chris Gunnarson. Play head-to-head with friends in the various multiplayer modes. When you're ready to take it to the next level, connect to Xbox Live to check rankings and challenge the world's best virtual riders.

Feel what it's like to live the life of a real professional snowboarder. Travel the globe, and pull sick tricks in front of sponsors, photographers, and fans. Build your fame, and get photos and demo reels in the latest snowboard magazine or video. Climb to the top ranks of the sport, and become a media superstar … all to the sounds of more than 300 killer indie tracks.