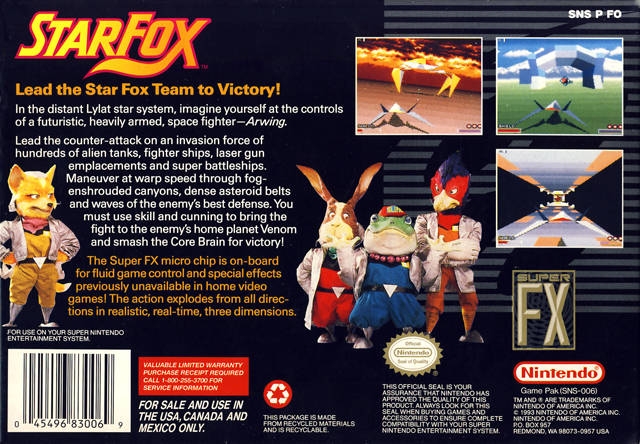 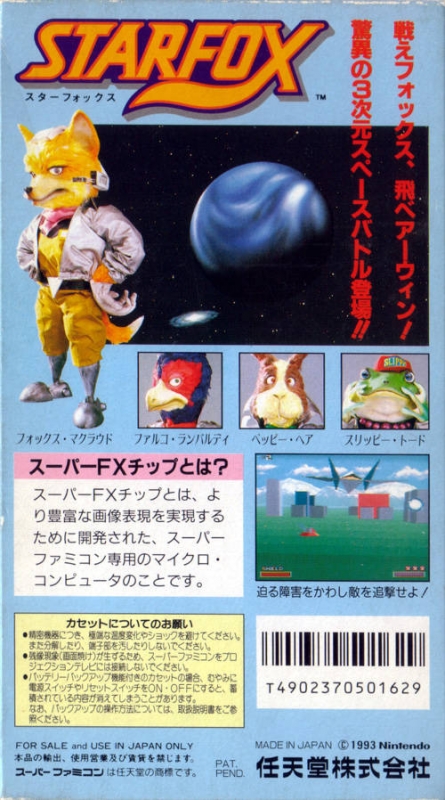 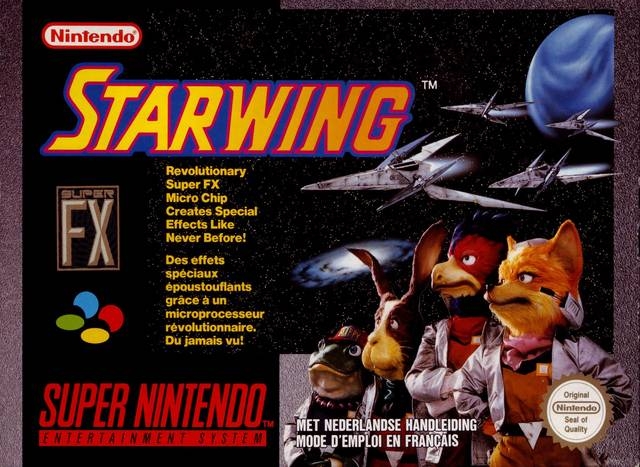 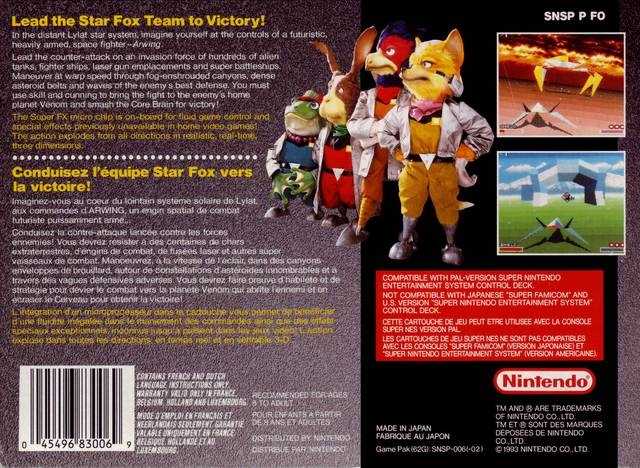 The Lylat System is home to many animal-type humanoid species. Most of the beings in the system live together in peace, and they've built an advanced space-faring civilization. Fox is the son of James McCloud, the former leader of the Star Fox mercenary team. On a mission against the evil Andross, James was betrayed by one of his own wingmen. Fox then assumed the leadership of the team and led the charge against Andross with his friends, Falco Lombardi, Peppy Hare, and Slippy Toad. Such is the premise of Star Fox; the legendary space flight game from Nintendo that introudced one of the company's most enduring characters and was the first to utilize the powerful SuperFX Chip.