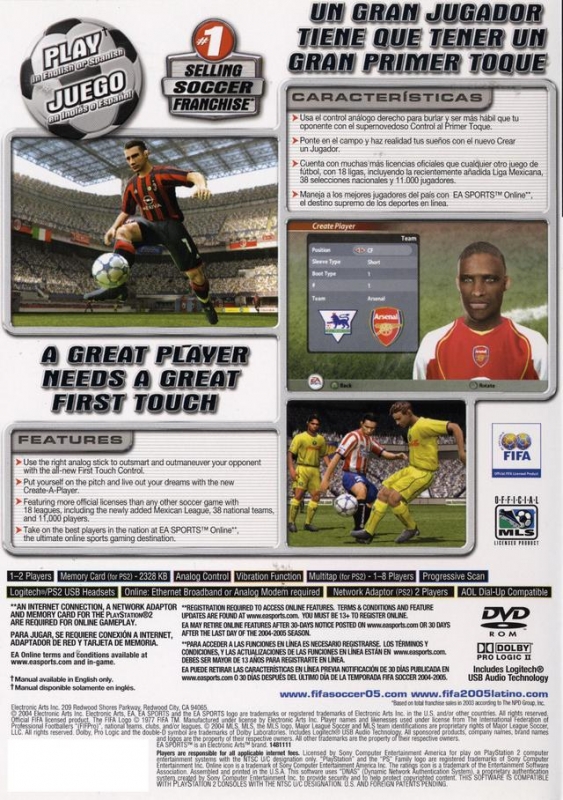 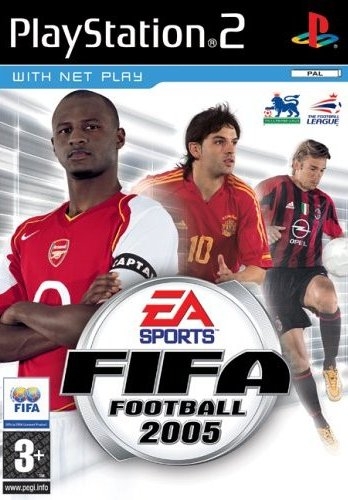 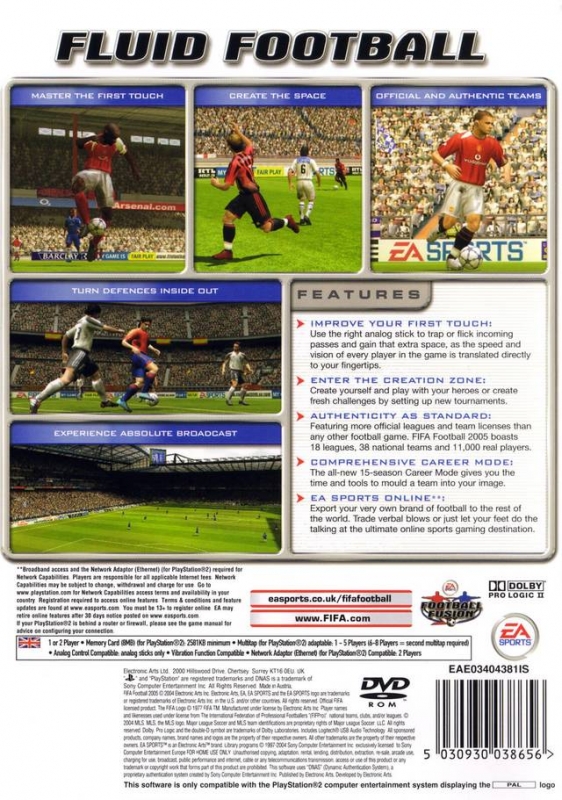 All great players have a great first touch and, thanks to EA SPORTS all-new fluid player kinetic system, the same is now true for FIFA Football 2005 users. This year, a players first touch becomes the ultimate gift to those who can think quickly and act fast to outsmart the opposition. A brand new animation system ensures that every button press is directly mirrored on the pitch, accurately reflecting the speed and vision of the worlds greatest players. Featuring more official team and league licenses than any other football game (including lower leagues from the most competitive European countries), an enhanced and extended Career Mode, EA SPORTS Online play for the PlayStation®2, PC-CD and Xbox® and the all-new Creation Zone that lets you customise new tournaments or even put yourself into the game, FIFA Football 2005 is the only complete, authentic and intelligent football experience.