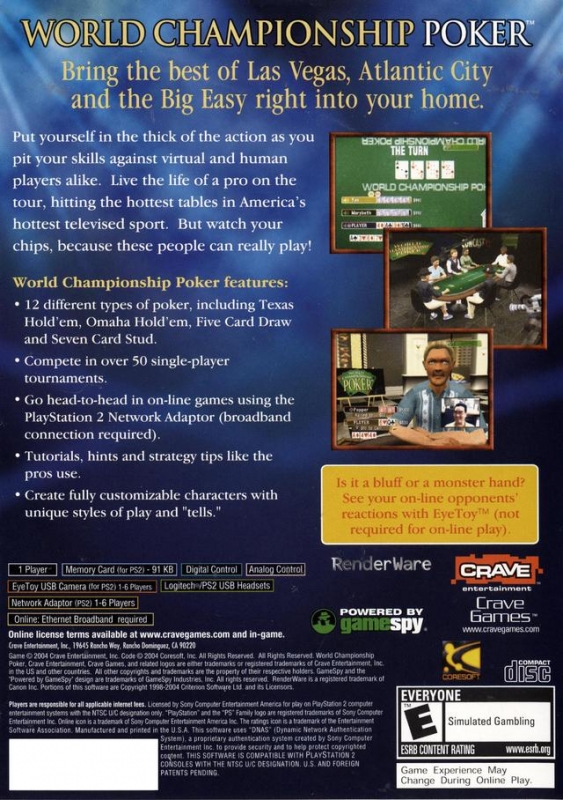 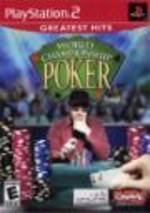 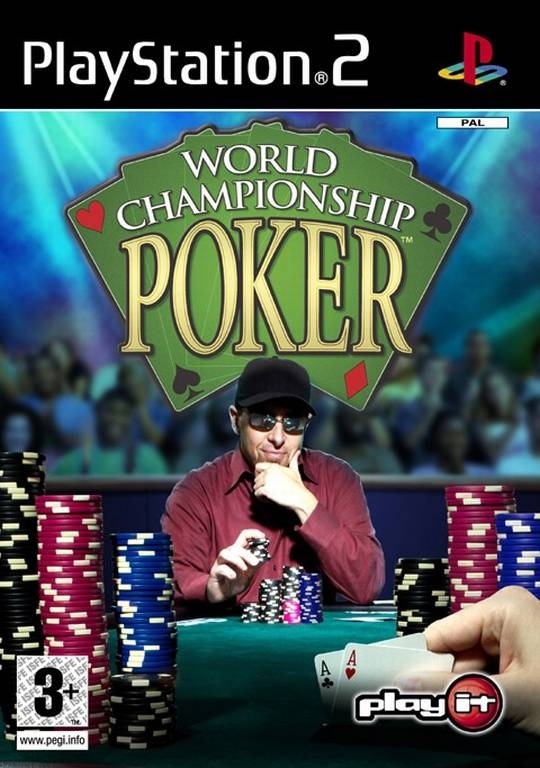 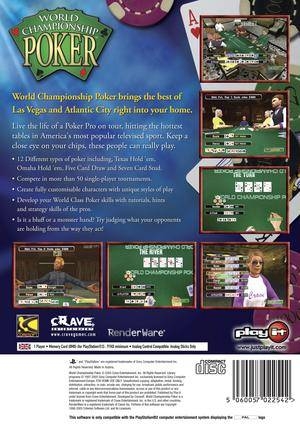 Get the low-down on high-stakes poker with 12 World Championship Poker games including: Texas Hold'em, Omaha Hold'em, Seven-Card Stud, Five-Card Draw and Pineapple. Players may advance their skills in "Career Mode" as they play their way through over 50 poker tournaments.

World Championship Poker also features poker tutorials and six tournament locations, ranging from a tropical island to a Mississippi riverboat. Players create customizable characters with more than 80 different options to mold your player’s look. Exclusive to the PlayStation2 version of World Championship Poker is support for the EyeToy, which allows you to see your online opponents, as well as allowing them to see you.

Gameplay:
You can create a character, choosing from various head and body types and fashion choices, or go with a default character. Then you head to the table to confront a menagerie of old guys, cowboys, mullet-heads, bikers, young studs, babes and little old ladies.
Features: