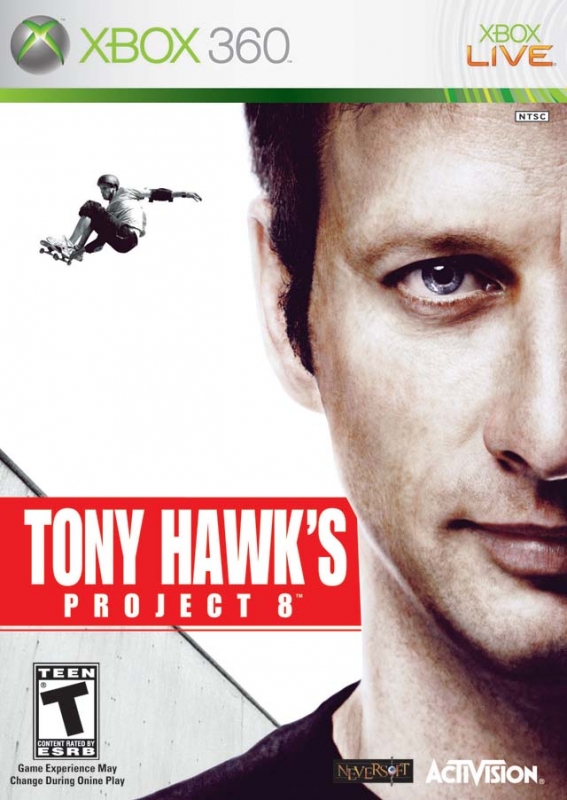 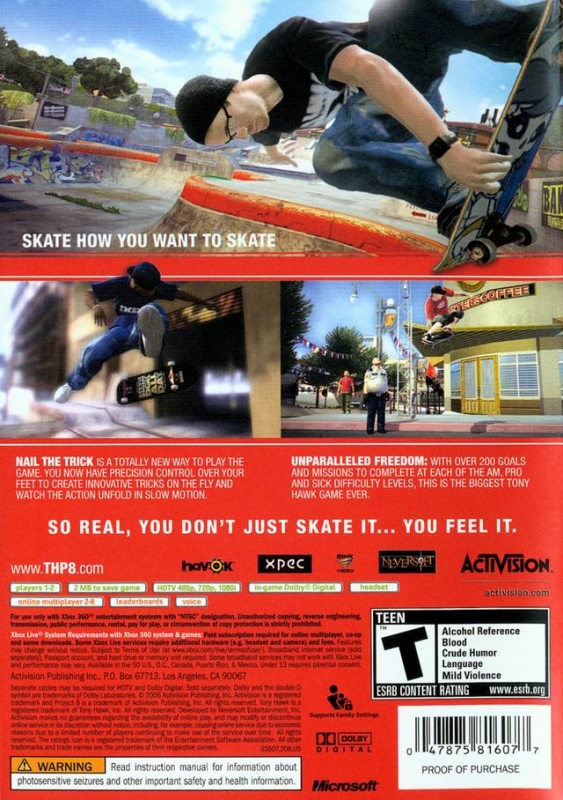 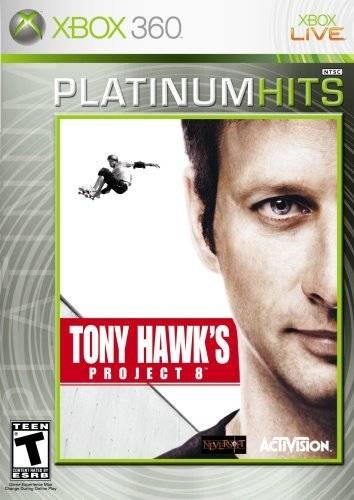 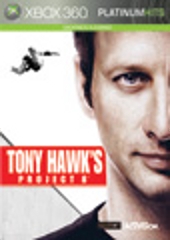 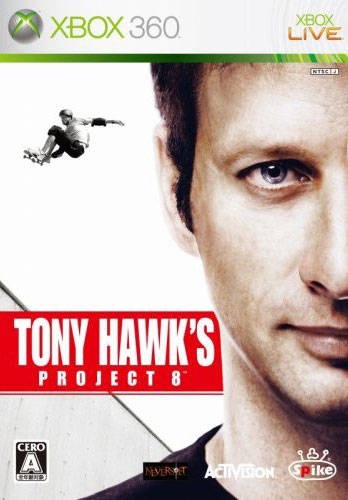 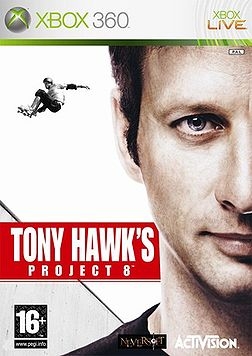 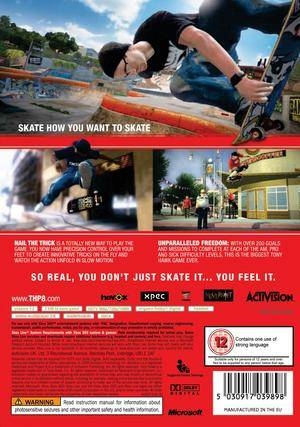 The game challenges players to experience the intensity and pressure of skating against some of the world’s top pros in true to life competitions as they aim to become the #1 skater.

With an entirely new gameplay engine, the trick-based gameplay features amazing, detailed character animations that react realistically on and off their boards, a new physics system, an innovative bail mode, and the ability to move ramps and rails throughout the city.

The experience is so real, you don't just skate it...you feel it.

KEY FEATURES
Most Unique, Robust and Realistic Skateboarding Game Experience Ever Tony Hawk’s Project 8 ™ offers more goals, side-missions, and secret areas than any other Tony Hawk game. Track your stats with new in-game record keeping or just skate how you want to skate.

Innovative, Never-Before-Seen Gameplay Elements
The new bail mode allows players to control the body of the skater during falls to minimize or maximize damage for fun. Trick through photo shoot locations by watching yourself skate through a picture in picture to get the best looking shot while on your way to #1 pro skater status. Do it all in a massive living city full of interactive pedestrians featuring all new AI.

Enhanced Physics and Responsive Controls
The new physics systems allow for a greater sense momentum and gravity. Players will want to seek out bigger ramps to gain enough speed to perform bigger air tricks and get to secret areas.

Next Generation Gameplay Brings Skateboarding to Life
This game is built from the ground up with an entirely new engine for Sony and Microsoft next-generation consoles and features the most advanced graphics ever for a Tony Hawk game, including full 3D body scans of pro athletes and motion captured skateboard tricks.