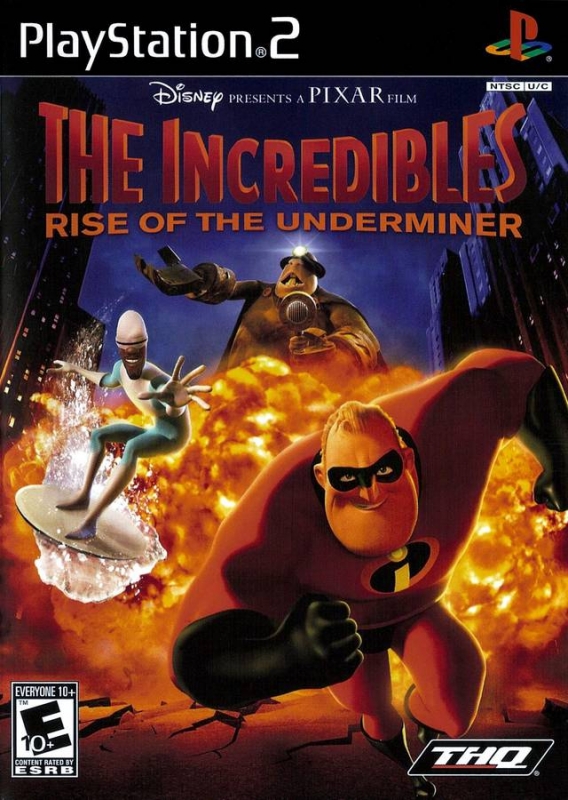 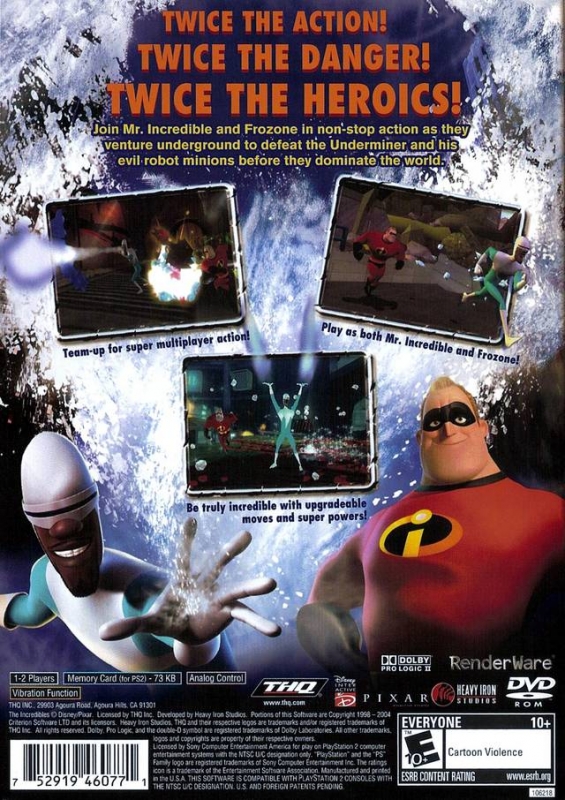 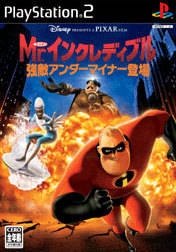 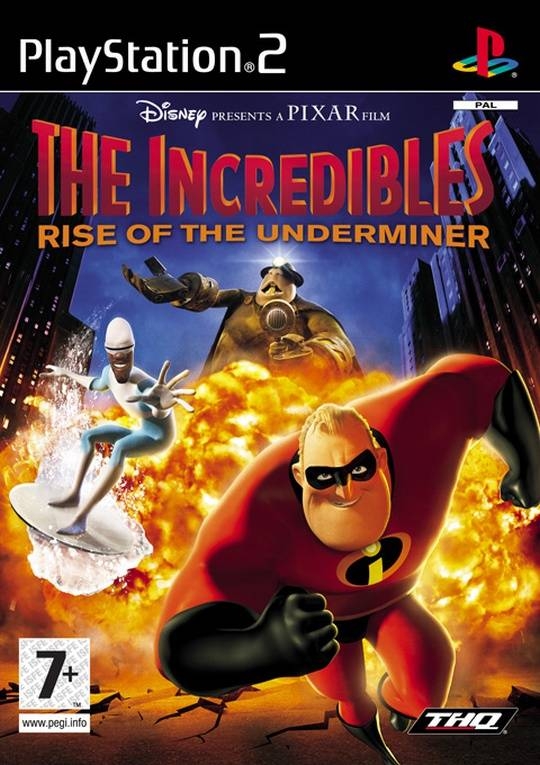 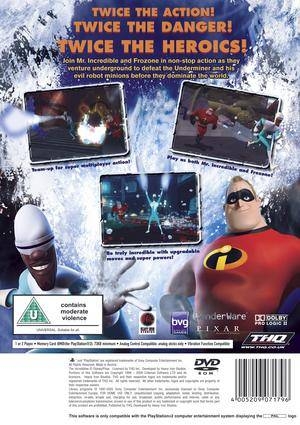 The Incredibles: Rise of the Underminer (PS2)

Following The Incredibles' defeat of Syndrome in the Walt Disney Pictures presentation of the Pixar Animation Studios film, a new threat emerges beneath the ground with a diabolical plot to pollute the major cities of the world and rule over humanity from below. Fans will be able to pick up from where the film left off and relive the glory days as Mr. Incredible and Frozone, superhero best friends who team up to tackle a new villain, The Underminer.