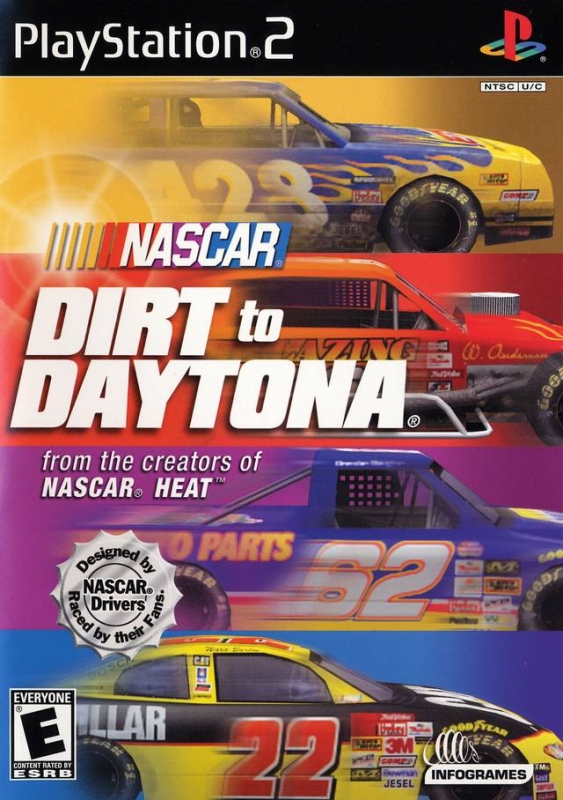 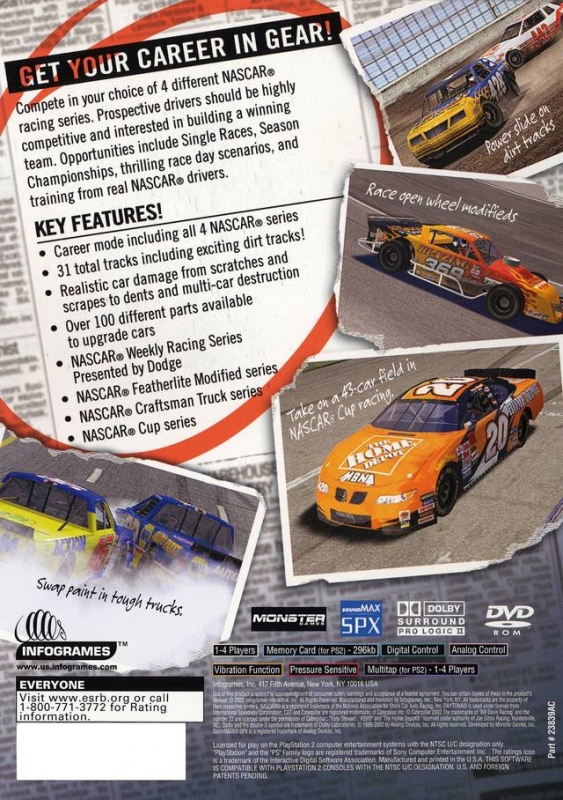 Dirt to Daytona challenges players in the ultimate NASCAR Career Mode. The only game to include 4 different NASCAR racing series. Racing to win is the key for drivers hoping to advance from small town dirt tracks to modified cars, to trucks and eventually the highly prized NASCAR Winston Cup cars. Learn the harsh realities of the racing world where losing can cost drivers not only points in the standings but loss of money from a sponsor. Dirt to DAYTONA also features Single Races, Season Championships, Beat the Heat, and Pro Trainer modes for all 4 authentic NASCAR racing series.