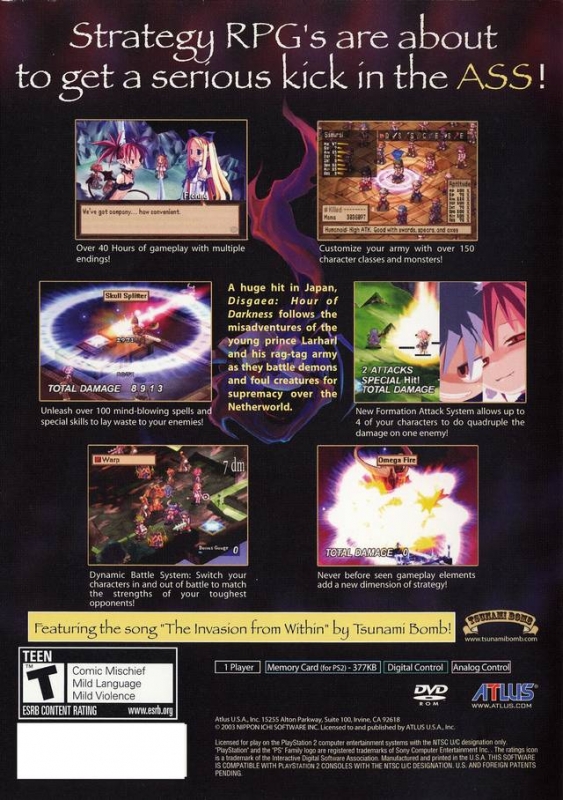 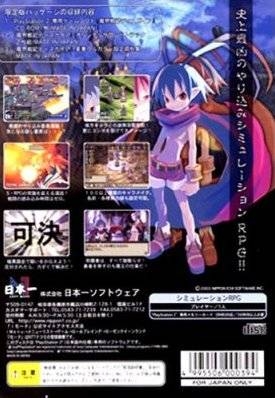 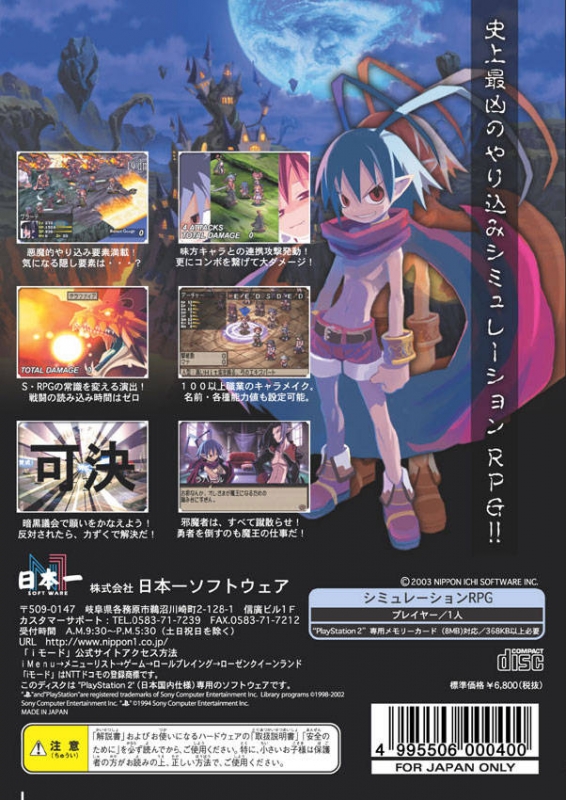 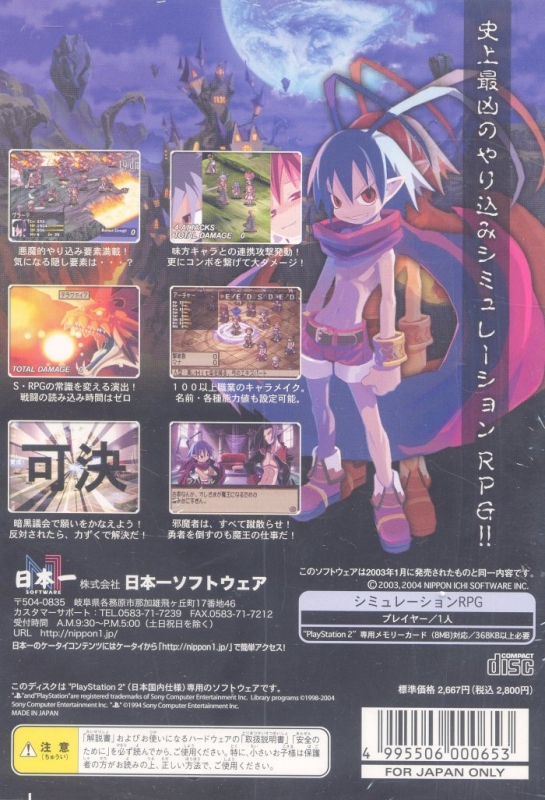 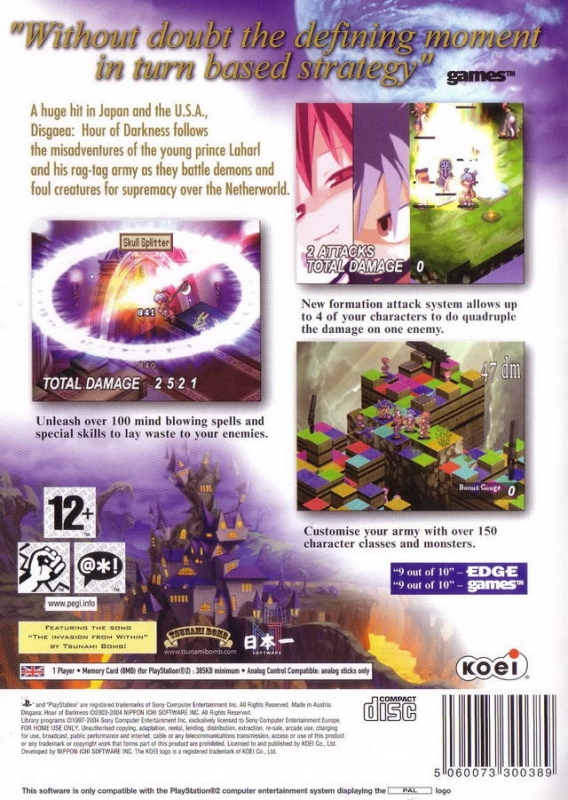 The Netherworld – a realm darker than the deepest abyss, located far beneath where mortals tread.

Two years after the death of King Krichevskoy, Netherworld ruler. His son Laharl awakens from deep sleep, unaware of his father's death. Scheming demons vie for supremacy. Prince Laharl must fight to regain the throne.

• Unleash over 100 mind-blowing spells and special skills to lay waste to your enemies!

• New Formation Attack System allows up to 4 of your characters to do quadruple the damage on one enemy!

• Customize your army with over 150 character classes and monsters!

• Dynamic battle system allows players to switch your characters in and out of combat to adjust your strategies!

• Never before seen gameplay elements add a new dimension of strategy by using the surrounding environment to your advantage!

• Open a dimensional portal into the Item World and do battle there to increase the power of your weapons!

• Over 40 hours of gameplay with multiple endings!