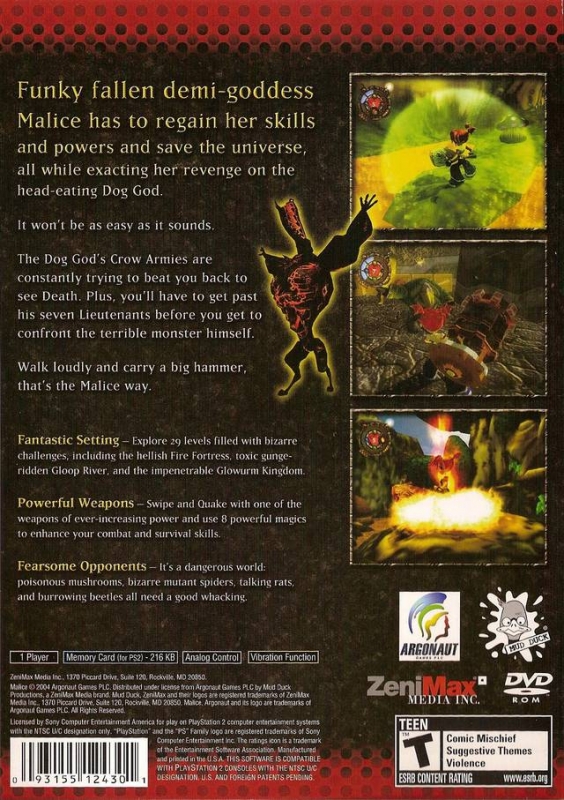 She may dress like the quintessential rock chick and have eyes you could positively drown in, but don't be fooled by Malice's cuteness: she's a rock-hard demi-goddess who has the potential to save the universe. Ousted from her rightful place in the heavens and sapped of her abilities by the evil (not to mention scarily huge) Dog God, Malice - with a lot of help from her upgradeable hammer - must recover her powers and defeat the canine deity and his cronies over 29 levels of platforming action.

Over the course of the game, Malice will find herself in some strange and extremely diverse environments, including the highly toxic Gloop River, the blazing hot Fire Fortress and the Orrery, the enormous clockwork heart of the universe. Each area is beautifully realised, as are the good and evil characters that occupy them: Malice is supported by characters such as The Metal Guardian, The Witch and her good friend Death, but she'll have to contend with the Dog God's legion of thoroughly evil - if still visually magnificent - lackeys.