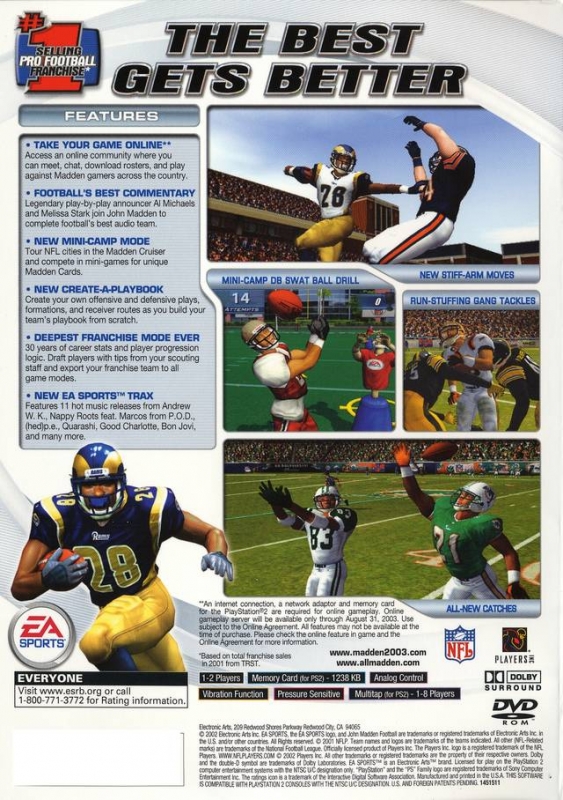 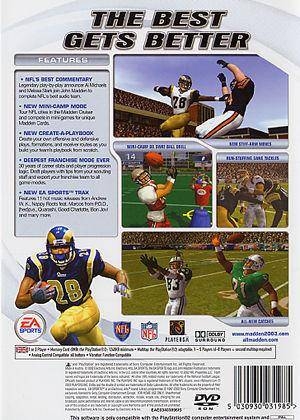 The long-running champion of the gridiron is running on overdrive -- the 13th year of the sequel brings more features to the table than John Madden's Curiser Tour Bus has legroom. With online head-to-head play and stat updates, a grueling Mini-Camp challenge, snappier commentary in the booth, and proven gameplay taken to yet another echelon, Madden NFL 2003 is out to dominate any football gamer's life for a long time to come.

• Mini-Camp: Features John Madden’s Cruiser Tour Bus traveling to all NFL cities to complete skilled tasks. Take control of players in practice gear and become an expert in all player positions in your ultimate goal to earn unique Madden cards.

• Create-A-Playbook: Customize receiver routes, player formations, and your team’s entire playbook. Create virtually any play imaginable and play it on the field immediately.