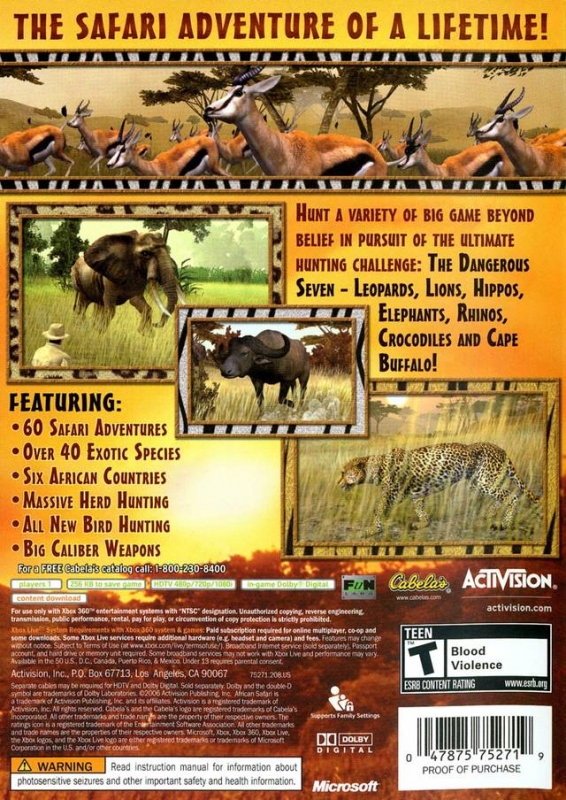 Travel to Africa - the ultimate big game hunting destination in the world. Experience the challenge of hunting African Big Game beyond belief and the danger of the Feared Big Five - Lions, Leopards, Elephants, Rhinos and Cape Buffalo. Your expeditions will take you from the plains of South Africa north to the Zambezi River across five African countries. Discover the magic of Africa with its untamed wilds, exotic wildlife, breathtaking beauty and danger around every corner!