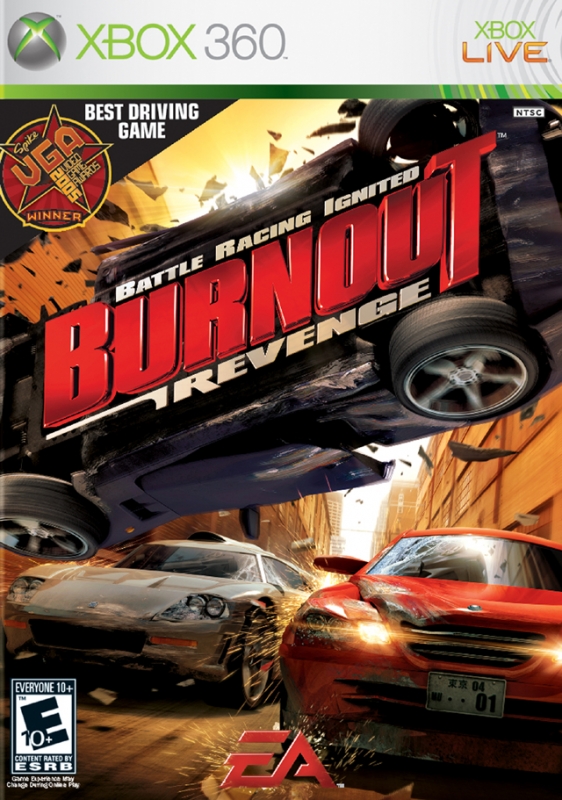 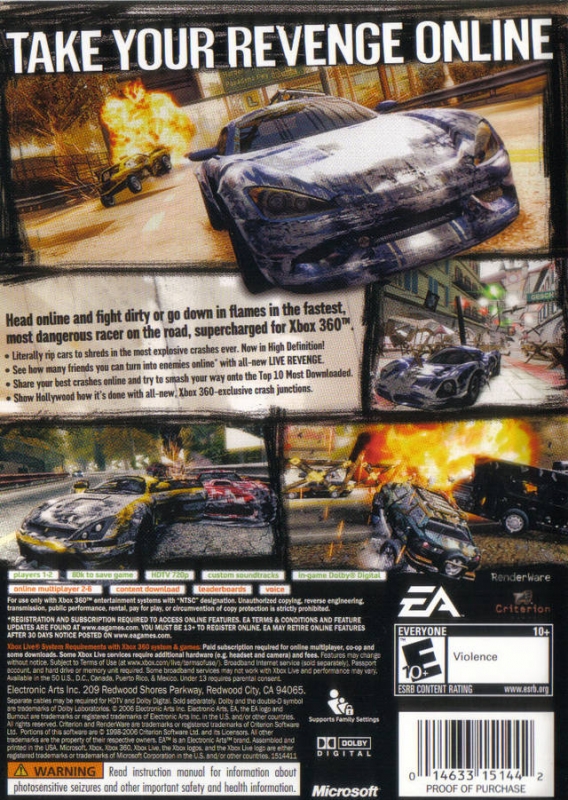 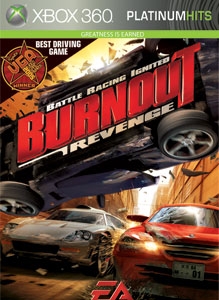 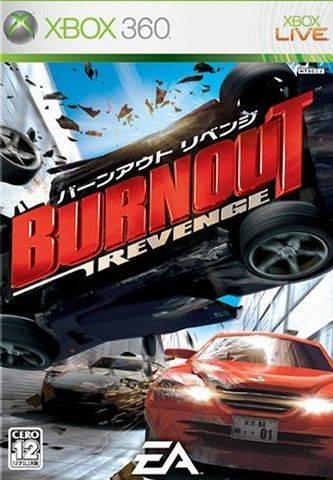 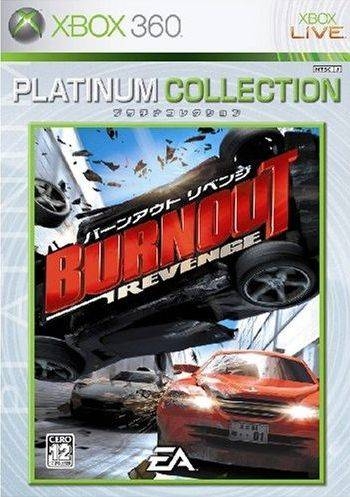 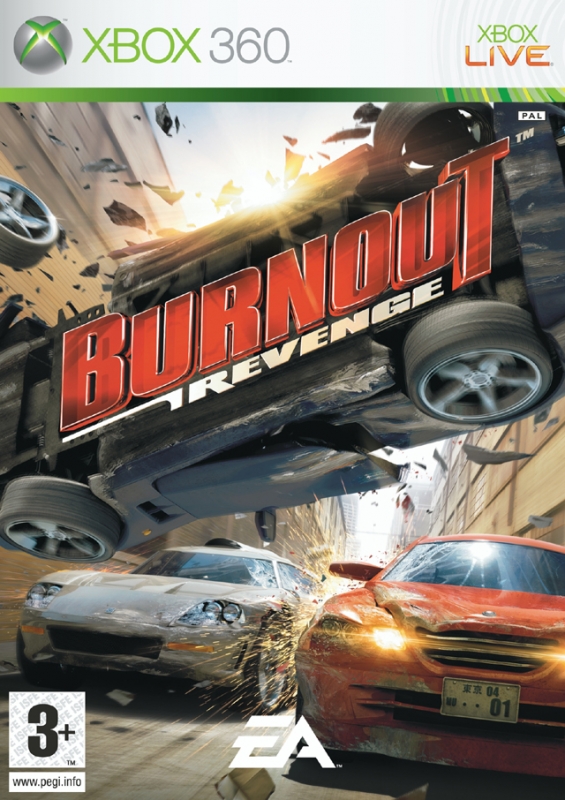 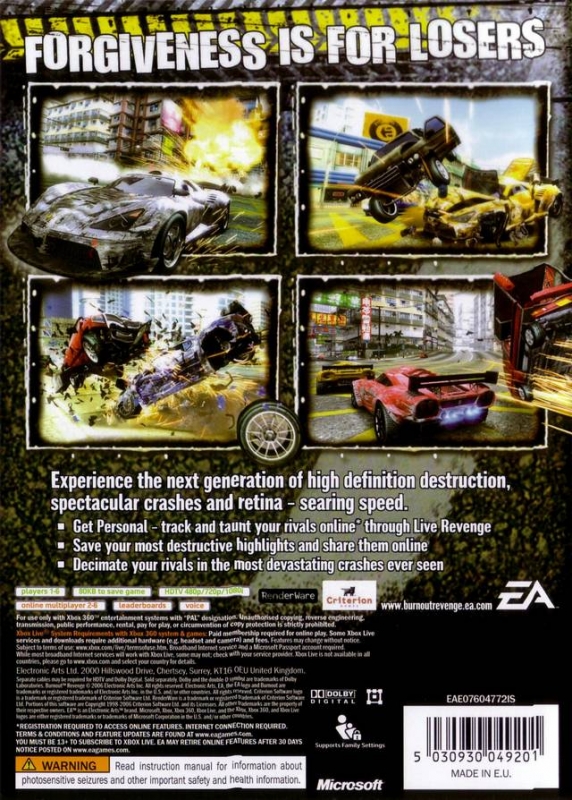 The next-generation debut of 2005's racing game of the year, Burnout™ Revenge slams into the Xbox 360 with a suite of new online features set to define next-generation automotive anarchy, jaw-dropping high-definition graphics and the retina-searing speed that the Burnout series is famous for.

Through Xbox Live™, the brand new Live Revenge feature tracks your rivals and calls out those that need some serious payback. Build up relationships with gamers that you take out, or take you down, and then let Live Revenge track your hit list. It's about long memories and short tempers.

Have you just been part of the most destructive crash in video game history and everyone missed it? The all new Save and Share feature enables you to highlight the most explosive moments from your replays so you can share them via Xbox Live™. Download your friend's replays and rate them, or check out the Top 20 Most Downloaded.

The Xbox 360 enables Burnout Revenge to deliver the most spectacular crashes in the series' history. Next generation crashes mean vehicle deformation, highlighted with localized scratch, crumple and scorch maps, Hollywood-inspired special effects and bigger explosions than ever before.