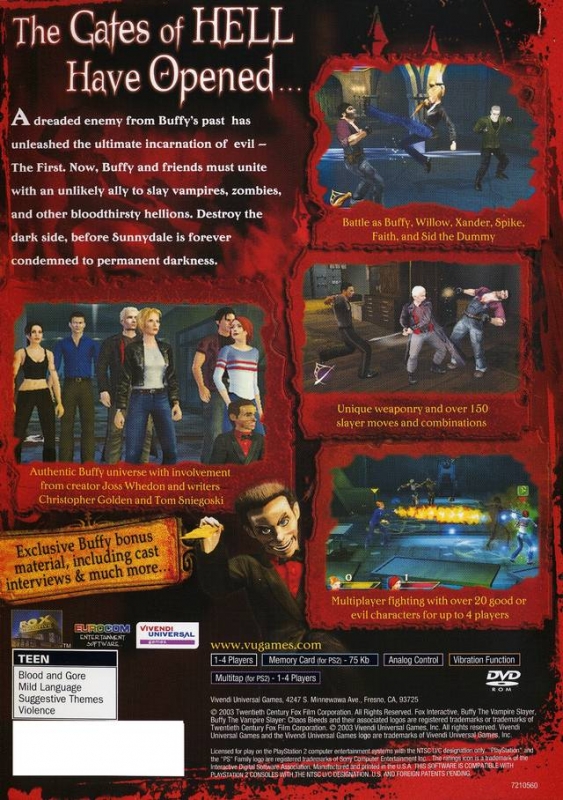 Buffy the Vampire Slayer remains one of today’s hottest shows for the teen and young adult markets. Watched by 10 million people in North America on primetime UPN and to millions more in syndication around the world, the show chronicles the adventures of “Buffy,” a normal teenage high school student by day and a designated “slayer of vampires” by night. Buffy the Vampire Slayer: Chaos Bleeds is a 3rd person action-adventure game based on the successful cult series Buffy the Vampire Slayer. Just like the show, the adventure takes place at ground zero for all things vampire – Sunnydale, California. Developed with the show’s writers as a ‘lost episode’ from season 5, Chaos Bleeds involves an unraveling tale in which a dimensional bleed has been enabled by Pure Evil to consume humanity once and for all. It’s up to Buffy and her friends to stop it all from happening…again!