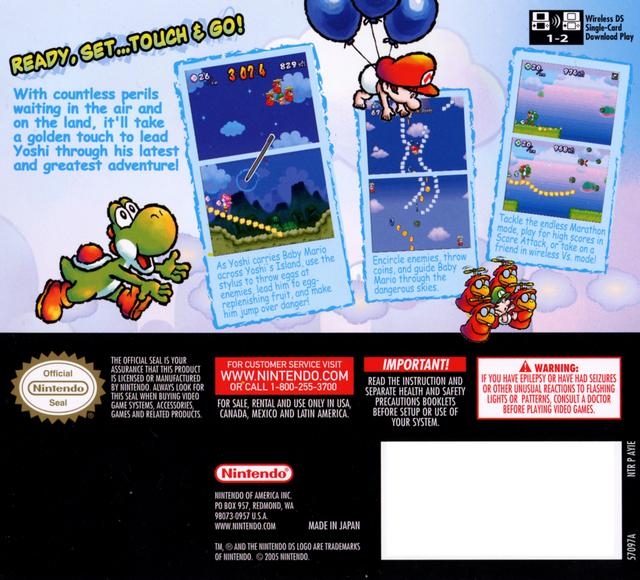 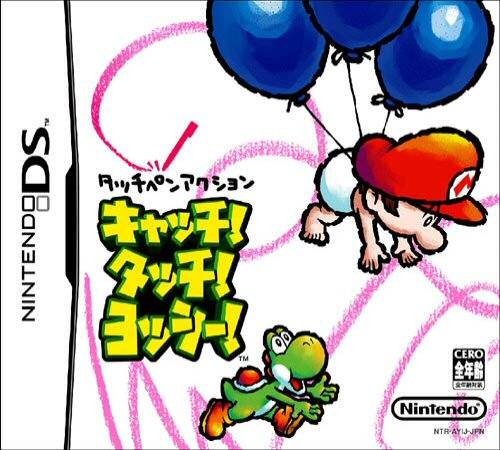 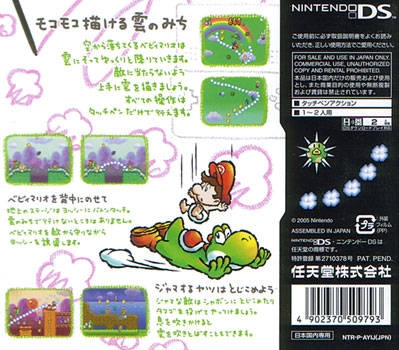 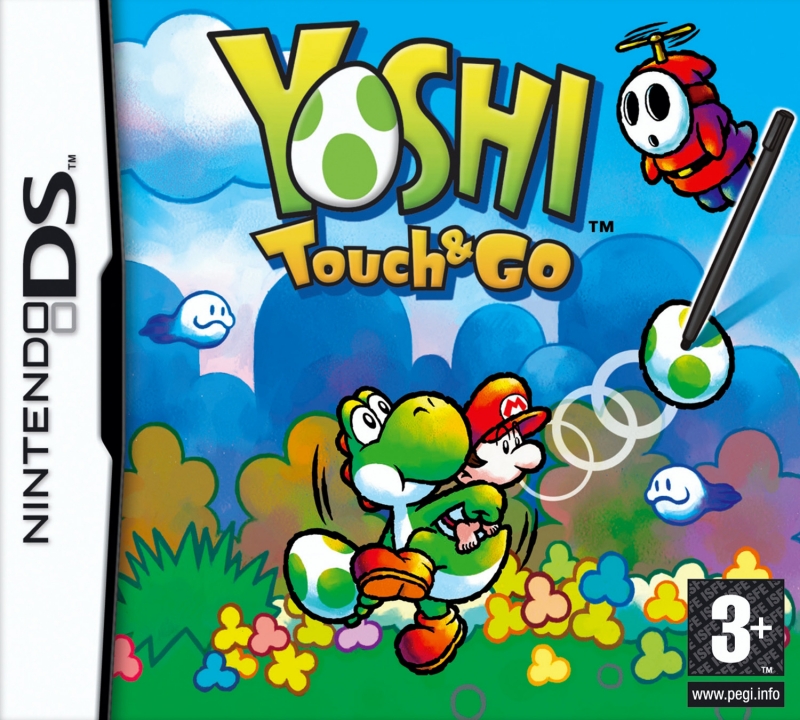 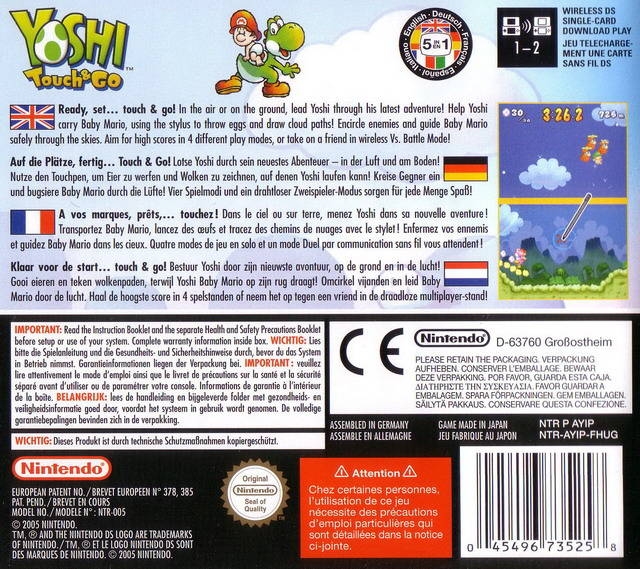 He’s got Baby’s back. When there’s a mini Mushroom Kingdom dweller who needs to do some travel, there’s always a Yoshi there to carry the Baby to safety. In Yoshi Touch & Go, Yoshi and Baby Mario traverse perilous skies and hostile ground, using the rarely tapped power of cloud formations. This is a platform game where you're in charge of where the platforms go.

In this Touch Screen platformer, you protect the falling Baby Mario by drawing fluffy clouds to halt his descent - and if you can collect some coins on the way down, so much the better! If you’ve drawn a cloud in the wrong spot, don't let it get you down; blow into the Nintendo DS' microphone and the clouds you've drawn drift gently out of existence. If you can guarantee Baby Mario's safe return to solid ground, the youngster lands on Yoshi's back.

Once Baby Mario is securely hitched to Yoshi’s back, Yoshi runs through the side-scrolling levels, desperately trying to keep his passenger Baby Mario safe from harm. With gaping pits and cliffs to negotiate (and coins to snaffle for the high score), here you can draw clouds that will let Yoshi climb across the terrain to avoid environmental hazards, as well as the army of bad guys who are intent on breaking up the party. You can also toss eggs at bad guys by tapping them with the stylus - or tap Yoshi to make him leap from danger's path - and finally make it to the end of the level, Baby and all.

These basic gameplay tenets recur across several different modes, with Score Attack, Marathon, Battle, and Time Attack all vying for your attention. A suitably hectic multiplayer game for two players is part of the fun too! Yoshi came, he ‘saur and he conquered…