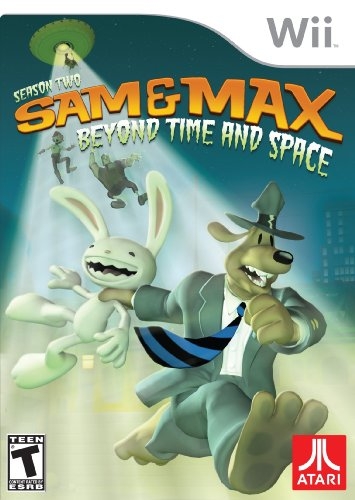 The Sam & Max episodes let players guide the Freelance Police through a series of bizarre—and often sidesplitting—mysteries. Sam is a six-foot dog in a baggy suit sporting a trombone-sized .44 hand-cannon. Max is a three foot "rabbity thing" with a saw blade grin and the impulsive nature of the average piranha. Together they patrol the sticky streets of a fantastical New York City, righting wrongs, pummeling perps, and ridding the urban landscape of the shifty legions of "self-propelled gutter trash" that litter their streets. Sam & Max have appeared in comics, video games, an animated TV series coming soon to DVD, and an Eisner award-winning webcomic.