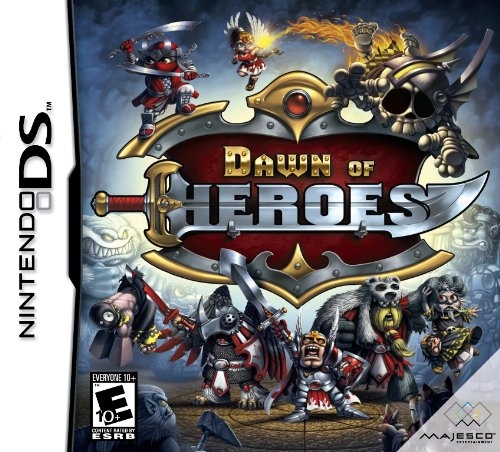 The once great Kingdom of Brimthule is in despair following the loss of its lord and champion. King Leroy sacrificed himself to entomb the great beast Ragnakore in a body of stone. Without its leader, the kingdom has split into baronies and is beset by curses, monsters, and misfortunes, with some believing Ragnakore, though trapped, is responsible. The time has come for new heroes to stand tall against the realm's greatest foes; the time has come for the Dawn of Heroes.

Dawn of Heroes features classic RPG concepts, character development, epic combat, quests and puzzle solving. Dawn of Heroes differs from other RPGs with hilarious dialogue, customizable parties, a variety of dungeons and items, and multiplayer features geared towards building a community of heroes all over the world.