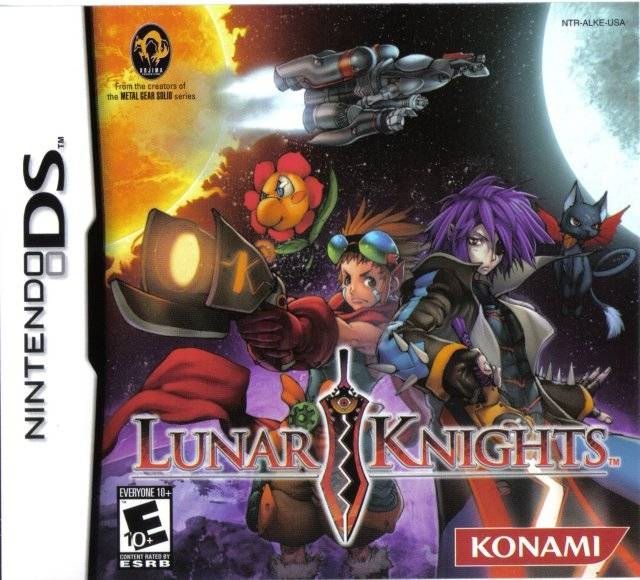 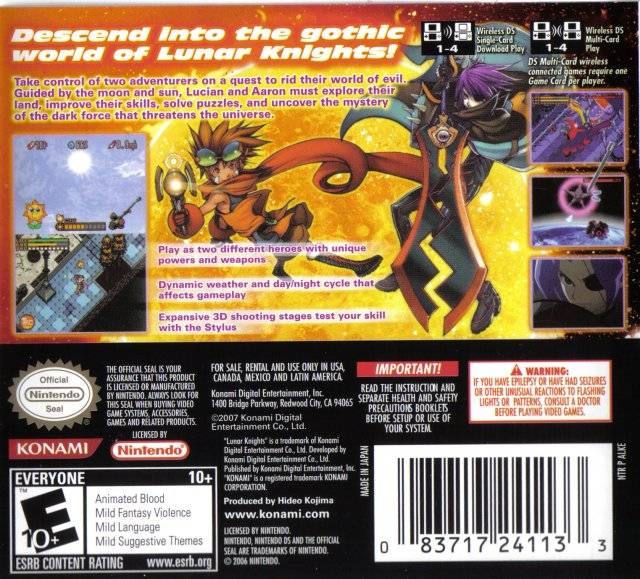 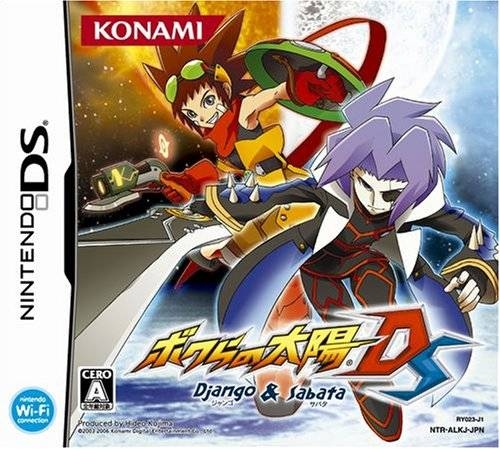 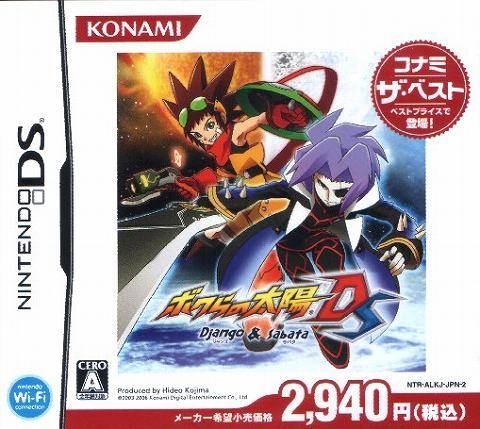 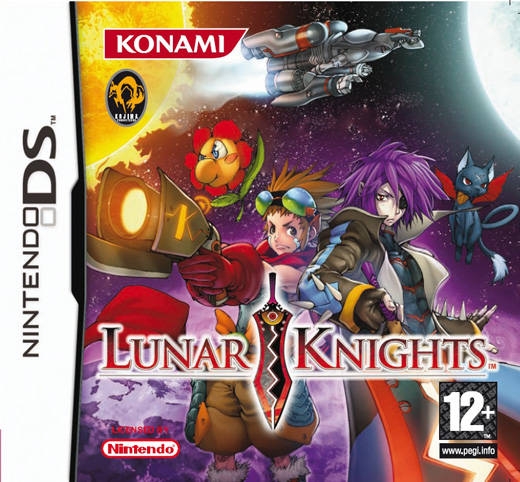 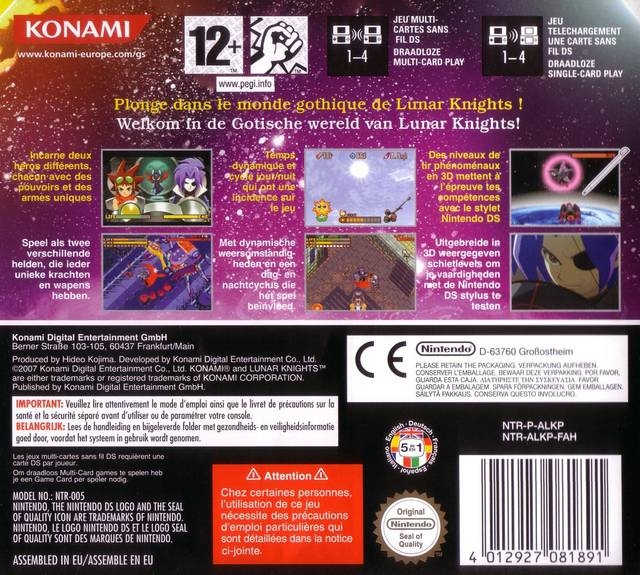 A vampire-hunting action role-playing epic, Lunar Knights features a unique day and night mechanic, wherein players will be able to hunt down the armies of the undead around the clock using two different playable characters, and unleashing powerful elemental attacks using the Nintendo DS touch screen.

The game is set in a bleak future which mixes Gothic and sci-fi elements to portray a world overrun by vampiric adversaries. The two heroes – Lucian, a lunar-enhanced warrior, and Aaron, a gun-toting fighter powered by the rays of the sun – must work together using their individual abilities to eradicate a dark threat. During the course of the game, the top screen is used for the ‘paraSOL’ which shows day passing into night, introducing an innovative internal time system that cycles between night and day and generates real-time weather effects, granting additional power to each character’s unique abilities while impacting the types of enemies the two heroes encounter on their journey.

The changing conditions have a major effect on the events in the game’s levels, shown on the bottom screen, with Lucian more powerful at night and Aaron during the day. Such a system adds a layer of depth and strategy to the gameplay, players must decide whether Lucian’s sword will be of more use even during daylight hours and opting to use Aaron’s projectile weapons when he is weaker at night.

As the pair explore Lunar Knights’ levels they are accompanied by one of many Terrennials – guardians that will help them find their way through the environment and also offer assistance in battle. Accessed via the Nintendo DS touch screen and microphone, players can unleash the unique power of their Terrennial in the form of ‘Burst Attacks,’ wherein specific movements will spin together tornado attacks, drop rocks on enemies, unleash fire storms, or summon meteors to flatten armies of the undead.

Lunar Knights’ content is heavily element-based and made up of Sol, Dark, Flame, Ice, Wind and Earth. The enemies they encounter will also share these attributes, while some of Lucian and Aaron’s Terrennials can also embody these elements and transform the heroes into more advance and deadly forms. This is summoned via a ‘TRC Meter’ which is filled with every monster the pair dispatch, and when the bar is full a TRC button can be pressed transforming the chosen hero into their Dark Lucian or Sol Aaron alter-egos.

After defeating one of the game’s bosses, Lunar Knights sees the pair take flight in their Casket Rocket to dispose of their enemies’ undead remains. Through numerous and intense 3D space shooting levels, players will be able to use the Nintendo DS touch screen to guide their ship and unleash an explosive arsenal on their enemies. These stages get increasingly harder as the game progresses, requiring pixel perfect movement and fast reactions of the player.