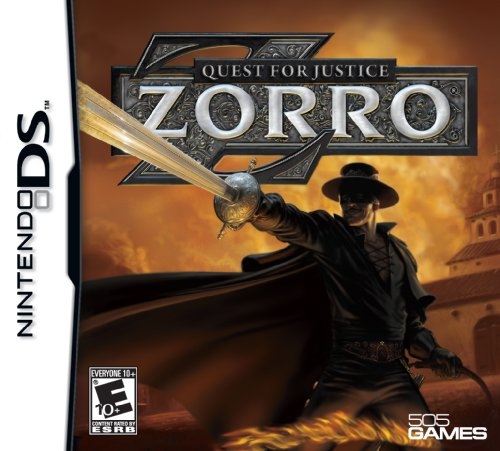 The Destiny of Zorro is an action-filled adventure that brings new interactive excitement to this timeless story! In The Destiny of Zorro, players will experience bold, challenging adventures as they take on the role of the world’s greatest swordfighter. Set in the early1800s in Spanish California, the game provides an exciting new story and cast of characters which have been created especially for The Destiny of Zorro. Using the unique properties of the Wii controller, players can whip, slice and of course perform Zorro's signature 'Z' slash move to bring his foes to justice