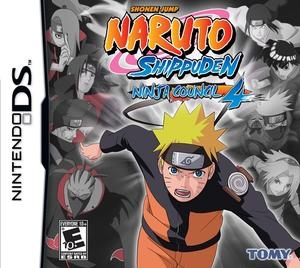 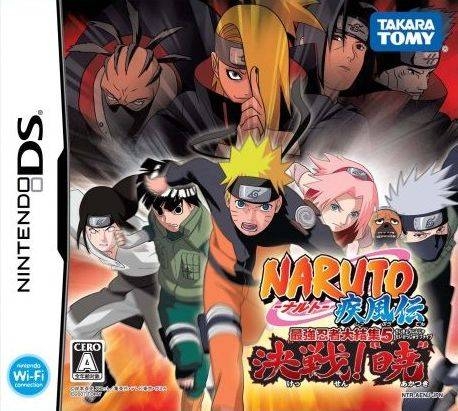 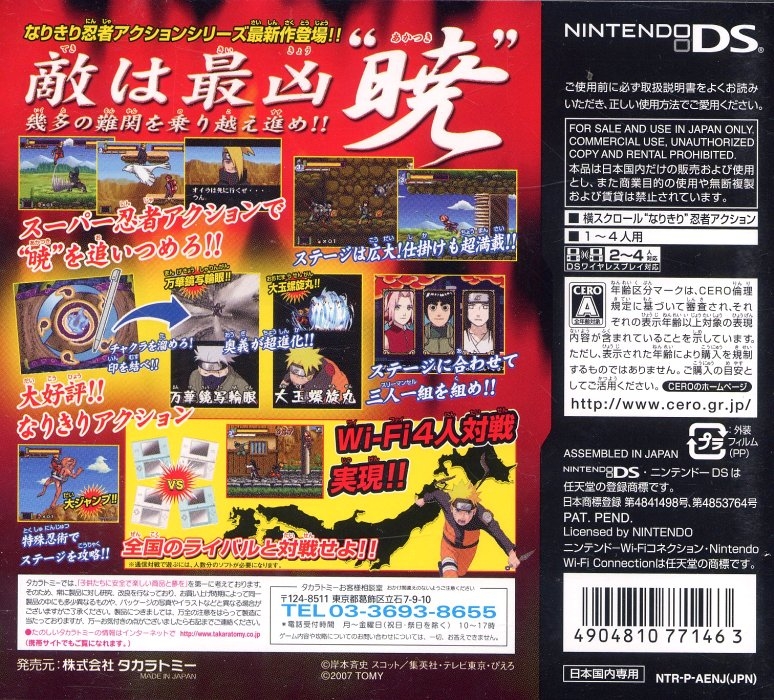 In NARUTO Shippuden: Ninja Council 4, players will experience the new Shippuden storyline for the first time on the DS. Set two and a half years after the events of the classic NARUTO series, Naruto fans are introduced to older characters as the storyline advances and unfolds with copious plot twists. NARUTO Shippuden: Ninja Council 4 also allows gamers to follow an older Naruto and his friends on the quest to save Gaara from the sinister Akatsuki organization. Players are able to choose their allies and form a three-man squad with special jutsu techniques to ward off looming danger. Dedicated franchise fans and new Naruto fighters alike can utilize the touch screen to unleash their unique jutsu attacks and take on anyone that gets in their way. As an added bonus, unlockable jutsu allows aspiring ninjas to explore previously unreachable areas.