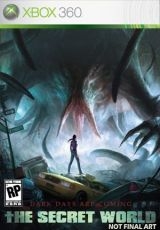 The Secret World features a unique, modern-day setting where players get to explore real-world locations such as New York, Seoul and London as they battle the forces of darkness together with thousands of other players from around the globe. Featuring class-less and level-less content, The Secret World will allow gamers to customize their characters as they see fit and play the game the way they want to play it thanks to several unique, freeform game-play mechanics.