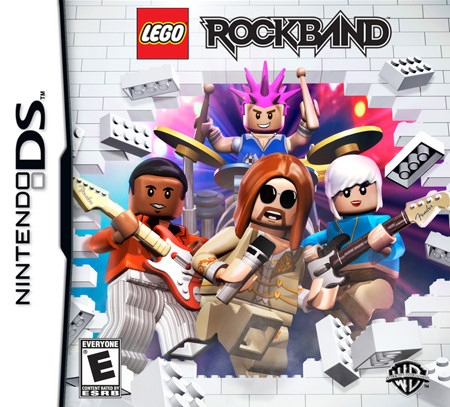 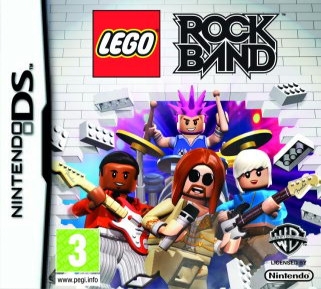 • Rock out on-the-go without any peripherals. Use the DS buttons or touch screen to play any or all parts of a song: Bass, Guitar, Drums and Vocals.
• LEGO Rock Band for DS is the first portable Rock Band game to include a multiplayer feature that allows up to four players to participate in a local wireless multiplayer game experience. In addition to Quickplay, players can participate in Multiplayer Rock Power Challengers where each band member will be put into the spotlights to showcase their rock potential.
• Experience LEGO Rock Band while on-the-go, with a humorous narrative that unfolds in the palm of your hand through charming and amusing cutscenes that parody the Rock ‘n Roll lifestyle and deliver authentic Rock Band gameplay with full 3D graphics on both screens.
• LEGO Rock Band for DS enables you to create and customize your group, then switch at will between your band-members. Play as the Lead Singer, Drummer, Bass, Guitarist – or all four of them!