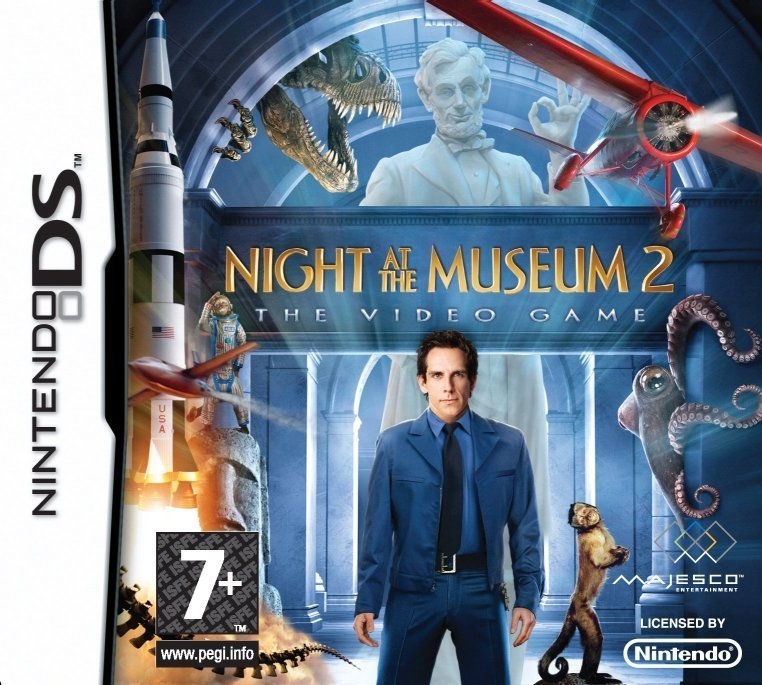 Night at the Museum: Battle of the Smithsonian (DS)

Get ready for a story so epic it could only unfold in the corridors of the world's largest museum--the Smithsonian Institution. Museum guard-turned entrepreneur Larry Daley discovers that his favorite exhibits, and some of his best friends, from New York's Natural History Museum are being shipped off to the archives at the Smithsonian.  Larry gets a distress call from the miniature cowboy, Jedediah, reporting that Egyptian ruler Kahmunrah and a trio of heinous henchmen--namely Ivan the Terrible, Napoleon and Al Capone--are plotting to take over the museum, then the world.  Speeding to the nation's capitol, Larry is clearly in over his head.  But with some impressive new pals, including the irrepressible Amelia Earhart, Larry will stop at nothing to restore the Smithsonian before dawn.