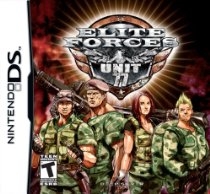 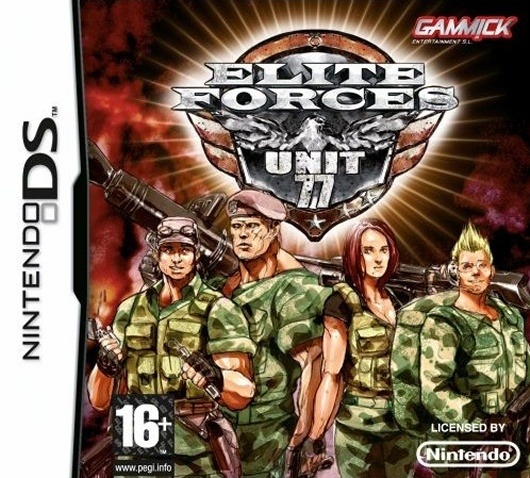 In Elite Forces: Unit 77 a series of mysterious disappearances of high profile personalities from the worlds of science, industry and entertainment reveal a horrific global terrorist threat. With the clock running and the lives of the hostages and millions of others in danger, the international community’s last hope lies with an extremely covert and highly specialized military team: Unit 77. Made up four professionals who are the best in the world at what they do, Unit 77 must combine skills to stop massive world destruction by the hands of terrorists.

Elite Forces: Unit 77 for Nintendo DS is a game of action and strategy in which the player must strategically use the abilities of all four members of Unit 77 and they are: Bill "The Drill" Matic technology specialist and legendary hacker; Kendra Chase, ex-government black-ops agent and the most accurate sniper on Earth; TK Richter, jet pilot and explosives expert, and Dag Hammer, a hulking heavy artillery soldier capable of incredible physical feats.

The group must infiltrate the bases where terrorists hold the famous hostages, each base set up in one of the most treacherous and remote places on Earth. Unit 77 must battle their way through inhospitable jungles, scorching deserts and endure harsh and deadly arctic conditions as they fight to rescue the hostages and defeat the terrorists.

The countdown has begun, and it’s time for the few and the brave. Will you become a ter-rorist’s victim or do you have what it takes to be on the team of Elite Forces?