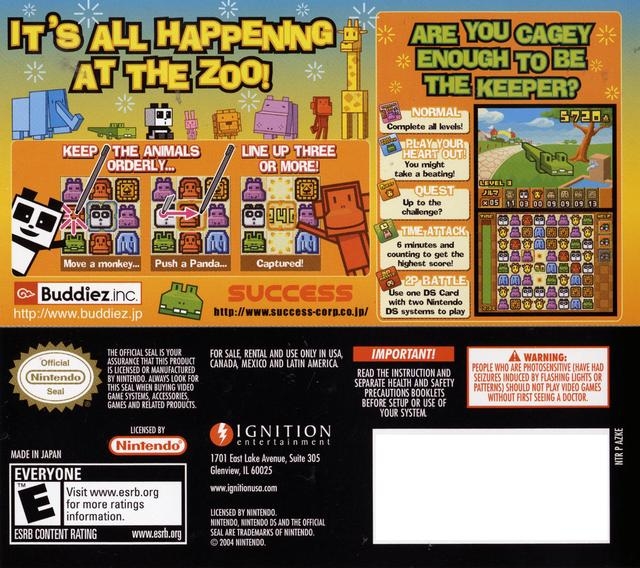 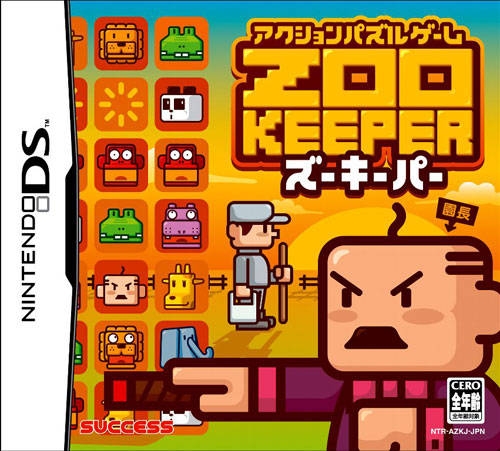 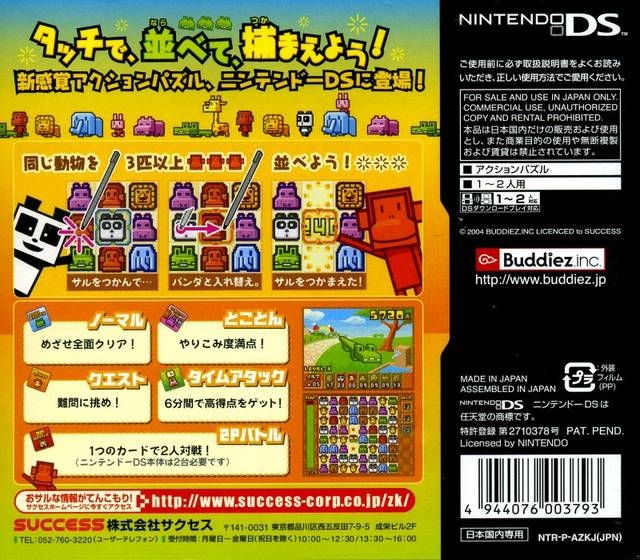 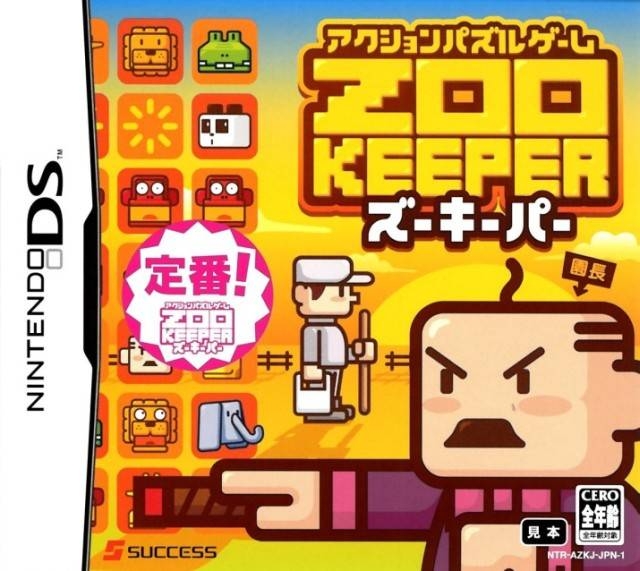 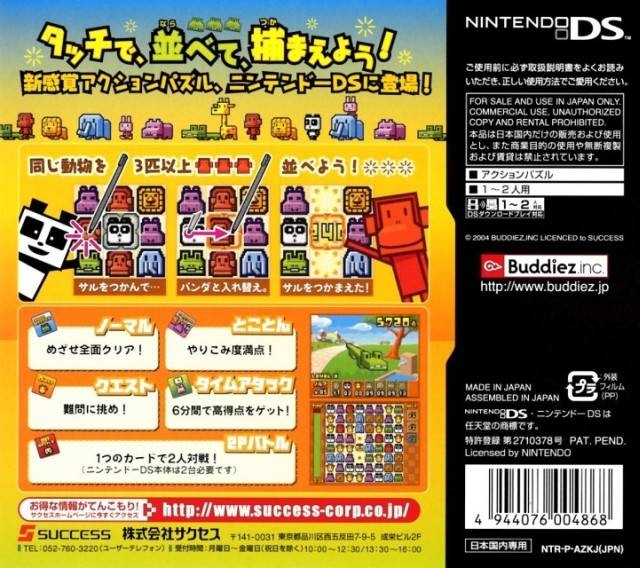 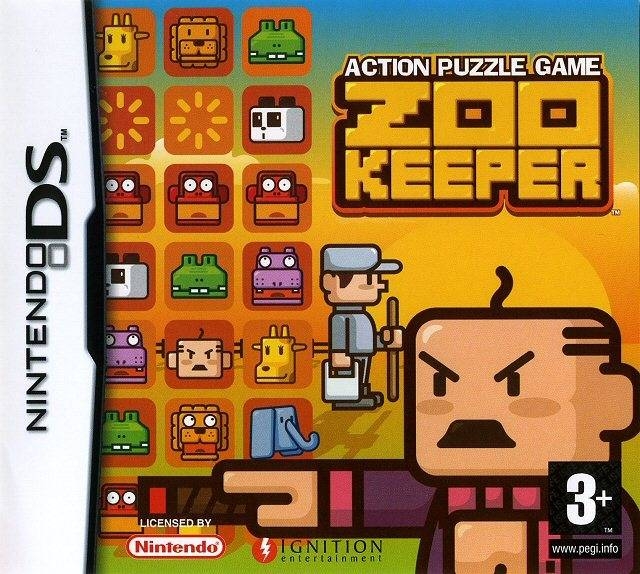 In Zoo Keeper, players will use the Touch Screen to swap the positions of animals on the screen to create lines of three or more of the same type. These animals are then "captured," allowing other animals to fall into their place.

Zoo Keeper includes a variety of play modes to ensure that gamers have depth of gameplay. Players also can take advantage of the DS Wireless Communication to play simultaneous two-player modes that only requires one Nintendo DS Zoo Keeper Game Card.