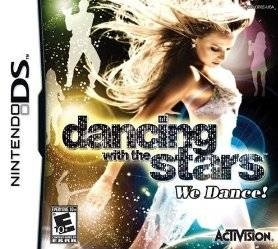 Dancing with the Stars: We Dance! (DS)

Seize your moment of glory in the battle of the ballroom with an all new all-star cast, new dances, and more music! The competition has never been as intense or more fun.