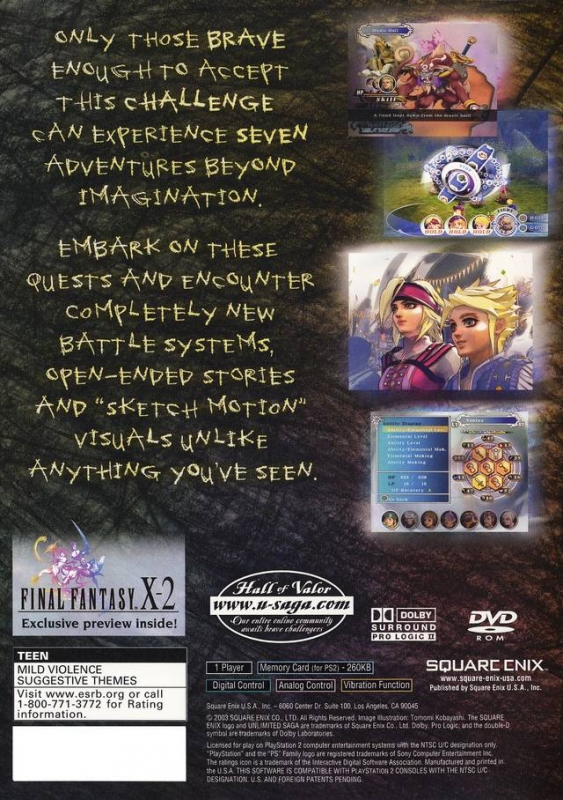 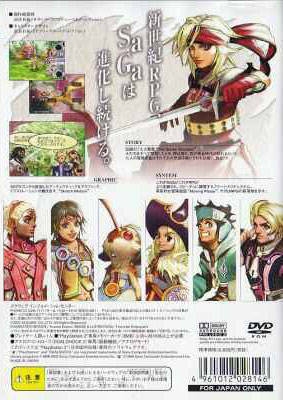 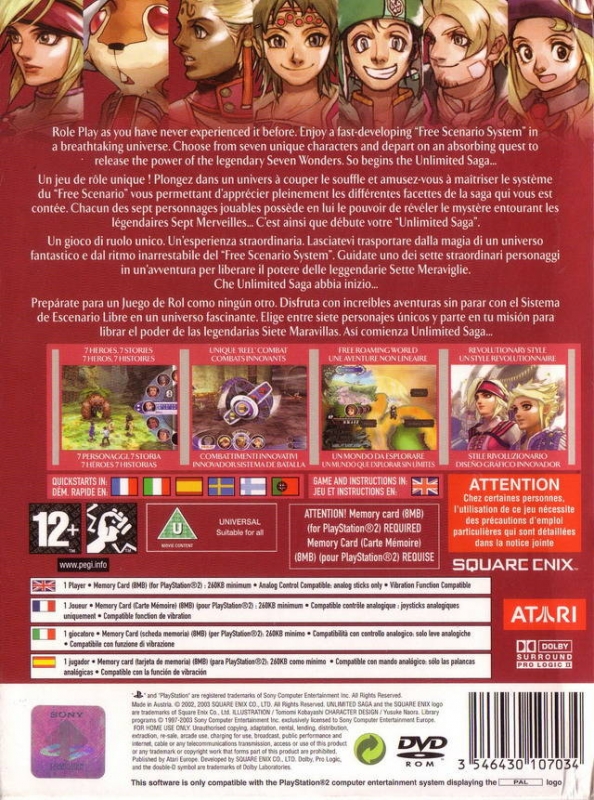 The legendary series continues with the return of UNLIMITED Saga for the PlayStation®2 computer entertainment system. Discover a unique role-playing game with sophisticated art techniques and gameplay structure.

The UNLIMITED Saga story is uniquely told through the eyes of several adventurers. “The Seven Wonders” is a group of ancient structures shrouded in mystery. Legend has it that the powers of long-absent gods lie within, and their release will trigger a rebirth of the Golden Age. The Seven Wonders are scattered across parched deserts, frigid tundra, harsh mountains, and raging seas – all remnants of a time when evil forces ran amok. Some believe the legend, while others dismiss it as a fairy tale – but adventurers strive to conquer the Seven Wonders, and discover their long-entombed secrets.

Director Akitoshi Kawazu applies new technologies to create a game that is not only revolutionary, but also unique in presentation. While the game uses a sophisticated game system, it has opted for traditional techniques for its artwork. All of the graphics are hand-drawn and hand-painted, supported by a completely new method of computer-generated graphics called “Sketch Motion”. The new graphics bring forth detailed 2D animation, surpassing the limits of 3D polygons. The battle system has also been revamped into what is known as the “REEL” battle system, a slot machine-like interface allowing players to add new variations to familiar combos and skill development. Groundbreaking features like these result in another milestone title for Akitoshi Kawazu.