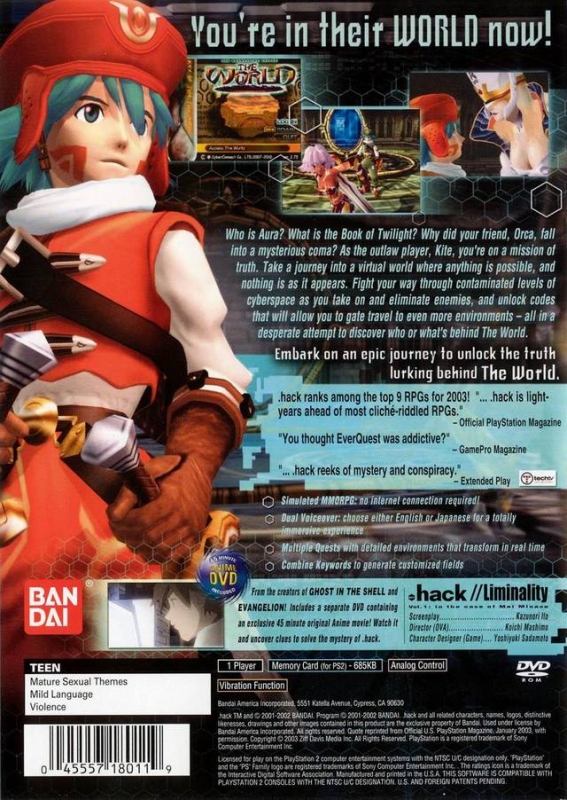 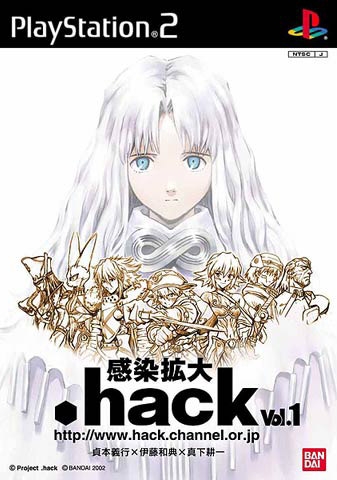 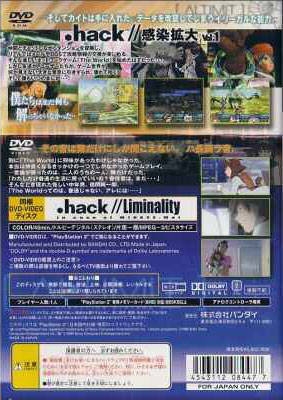 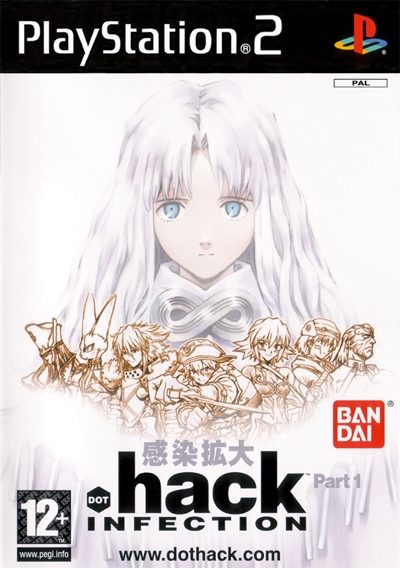 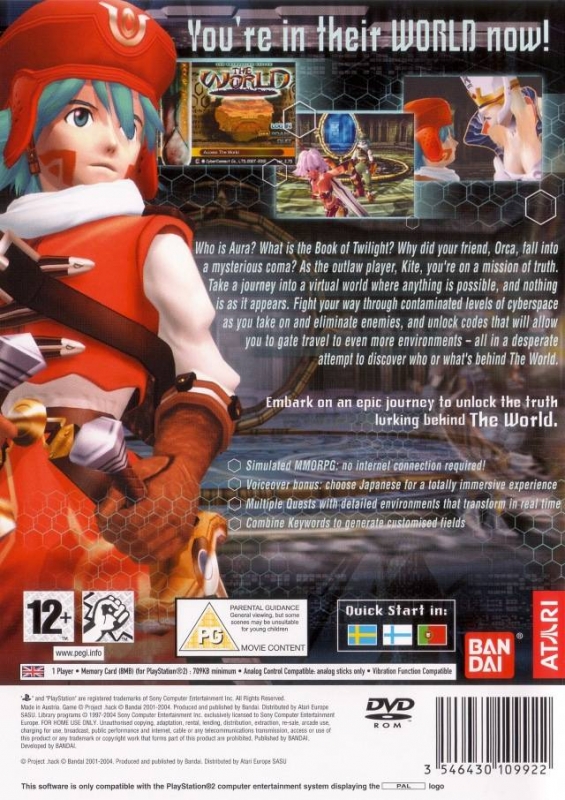 The line between reality and imagination cross wires in The World, an gripping new game that may never let go. 14-year-old Kite is about to learn the unbelievable secrets hidden in this new net obsession when his friend Orca is suddenly struck into a coma in real life while fighting a monster in the game world. Somewhere in the digital realm must lie an explanation for his friend's state, and Kite is determined to travel deep into The World to rescue his friend.

The mystery and adventure will unfold in .Hack, an action-packed new RPG saga set inside The World. As Kite, players will journey into the imaginary game world on an epic quest that will unite you with other intrepid explorers and send you into battle against a legion of monsters. This all started as just a game, but now the threats are very real, leading you to answer the question: what is The World?