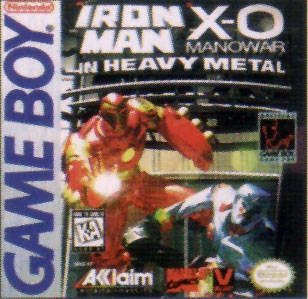 Metal titans, Iron Man and X-O Manowar, come together for the first time ever to tackle one heavy duty cosmic crisis! It's an apocalyptic meltdown of furious action, with the ultimate in Super Hero power and realism! Iron Man / X-O Manowar in Heavy Metal is a 2D Platformer game, developed by Realtime Associates and published by Acclaim, which was released in 1996.