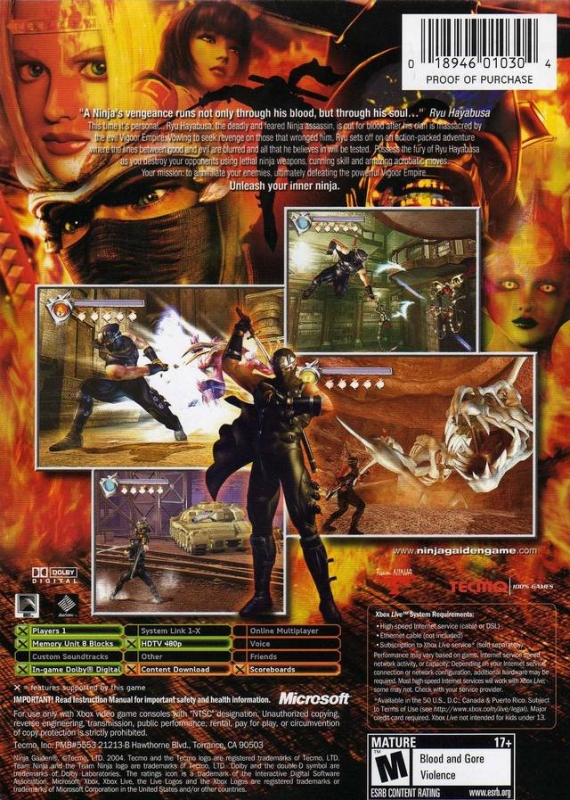 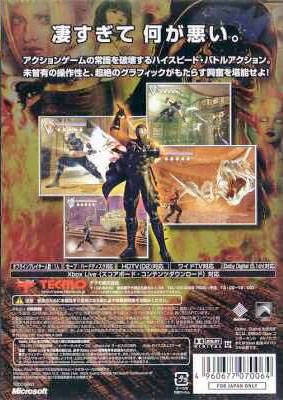 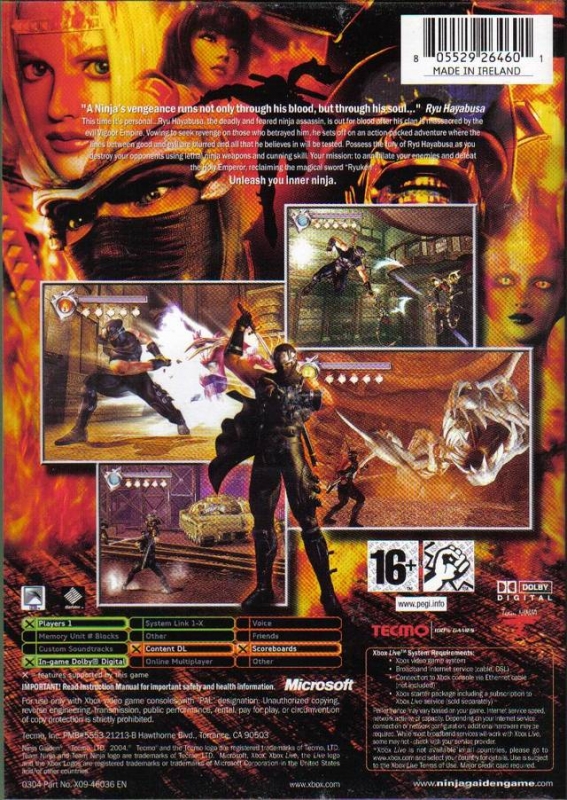 One of gaming's most treasured franchises will be given new life in 2004, as Tecmo's esteemed internal development group, Team Ninja, and the powers of Xbox join forces to bring you 100 percent action in one of the most anticipated games of the new millennium.

Ninja Gaiden® is on the cutting-edge of action. Take on the role of powerful ninja Ryu Hayabusa, who seeks revenge after his clan is massacred by the Vigor Empire.

Taking full advantage of three-dimensional space, advance through the story with only your wits, your ninja skills, and your deadly sword—cutting down opponents in the Vigoor Empire as you attempt to beat the Holy Emperor and reclaim the magic sword "Ryuken."