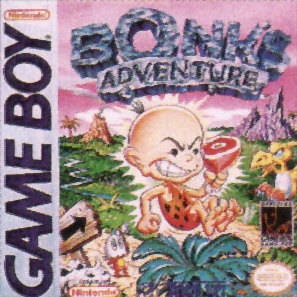 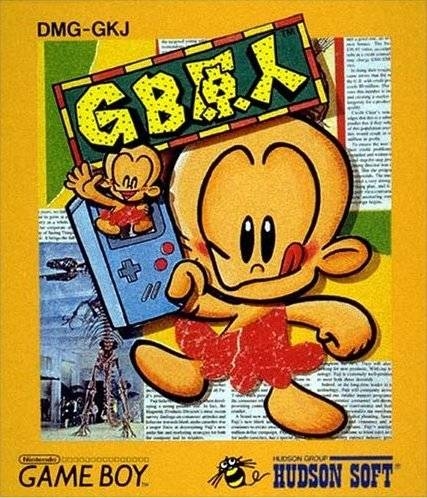 An old-school side-scrolling action game.  Gameplay is simple: just headbutt your enemies as you progress through each stage!  You receive damage when you get hit by an enemy or when you touch something hazardous. Try to keep Bonk from losing any lives.  Chow down on meat you find along the way to power up Bonk by 2 levels.

Headbutt the ground after Bonk has transformed to unleash a powerful explosion—the earth will tremble and your enemies will be stunned!  That's Bonk power!  The power of his mighty, rock-hard head!  The game is loaded with bonus games and hidden stages.  And, just like any great action game, there are big boss battles.