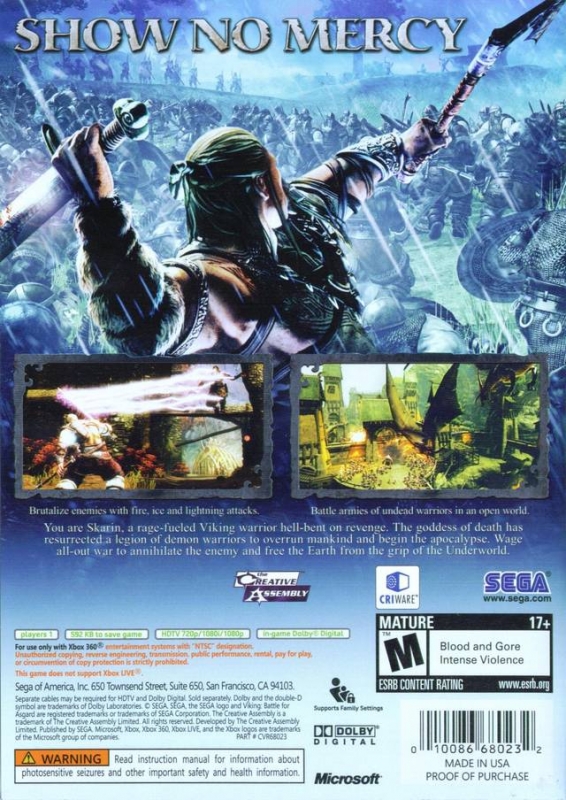 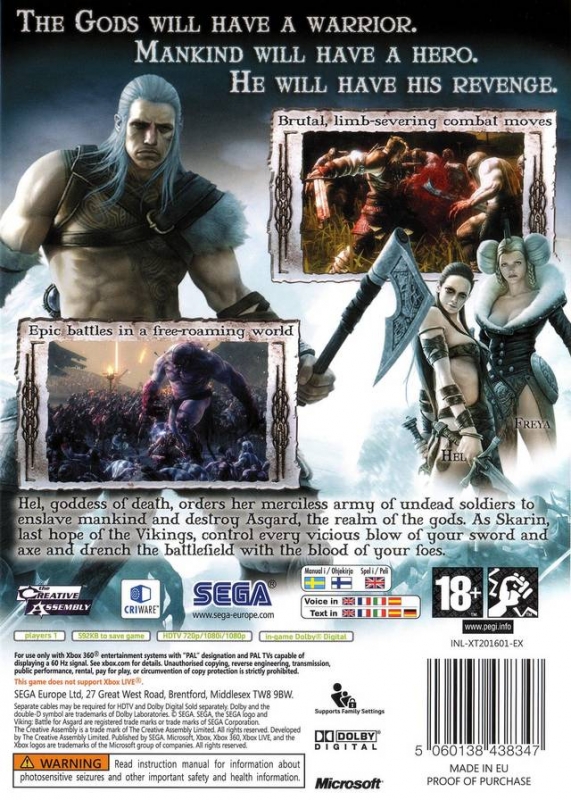 • The Story of a Viking Hero...Skarin

• He is an uncompromising force, rebelling against the Gods in a whirlwind clash of flesh and steel.

• Set against a backdrop of rich Viking culture and mythology.

• Use Mythical Powers to Tame dragons and command them to rain fire upon your enemies.