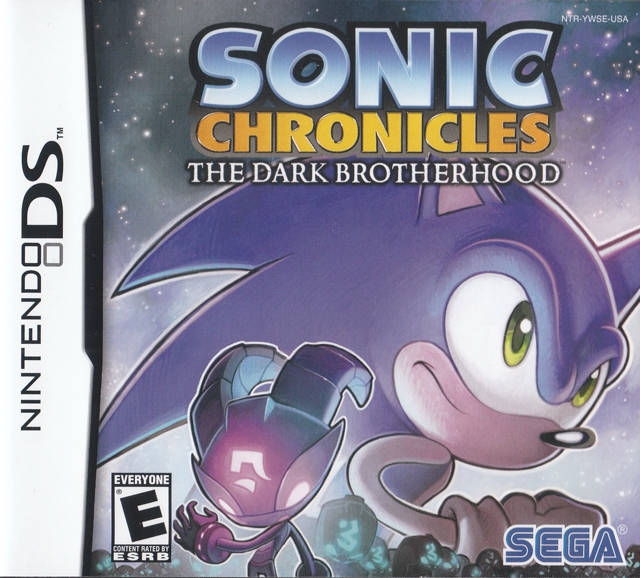 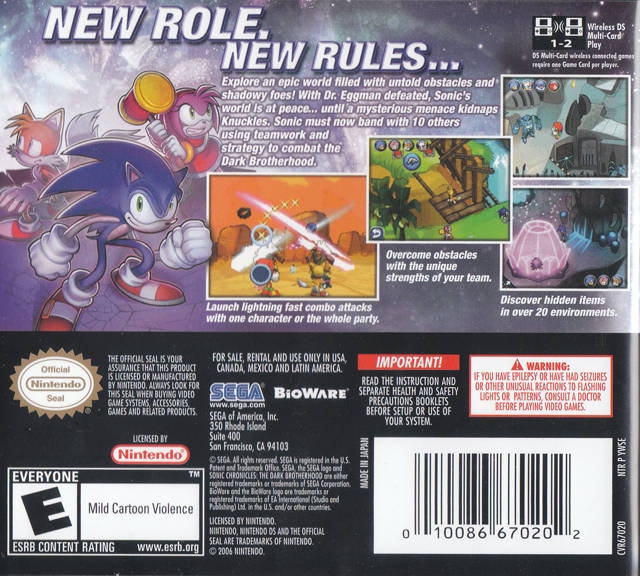 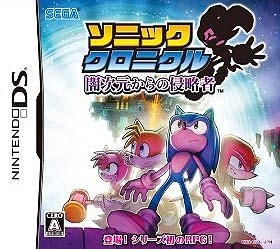 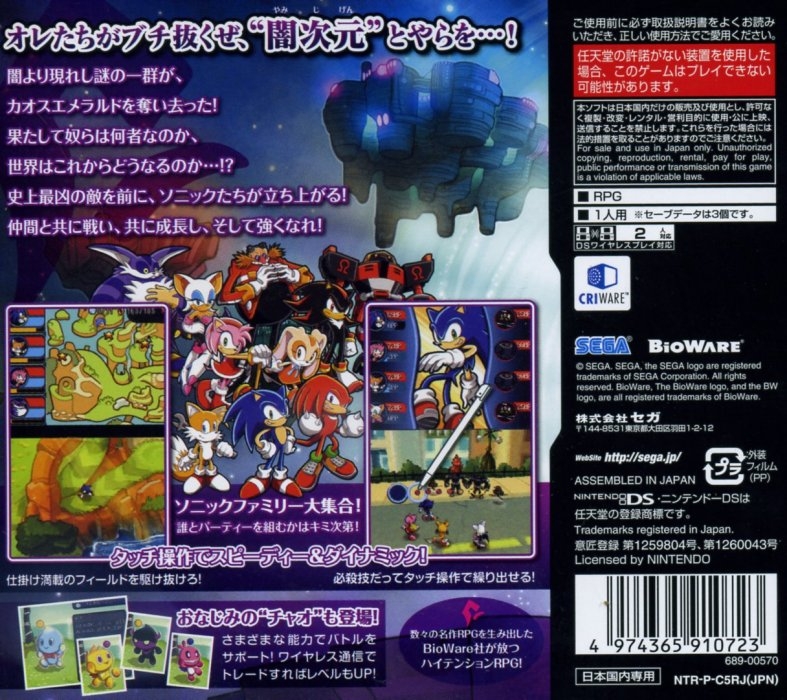 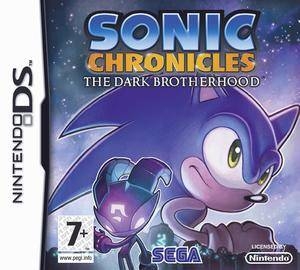 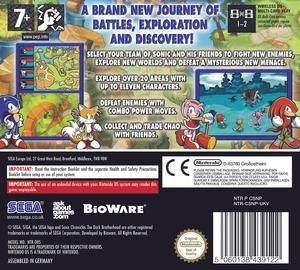 Players will customize their party and characters, choosing from Sonic, Tails, Amy Rose, Knuckles, Shadow, Rouge, and more, and prepare to defeat a menacing new enemy. Rhythmically tapping and dragging with the stylus in Sonic-style battles, players can level up and use Rings to buy new special attacks as they progress through 20 different and beautifully hand-drawn areas including new and classic Sonic locales. With an engaging storyline, lightning fast attacks, high production values, and impeccable visuals, Sonic Chronicles allows gamers to experience Sonic in a whole new way.