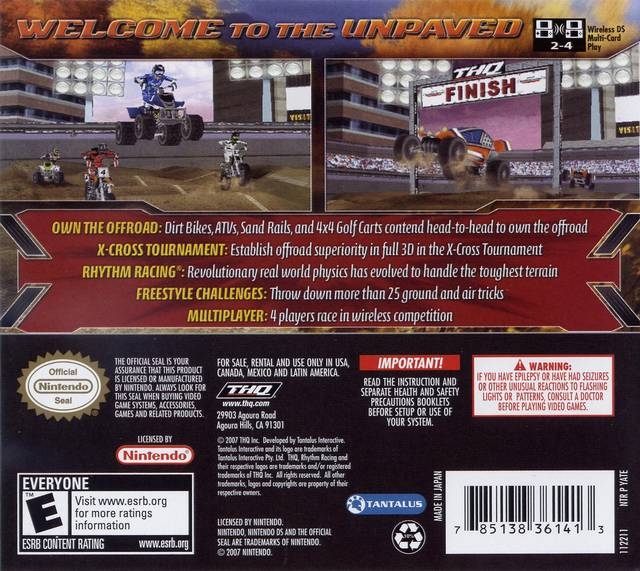 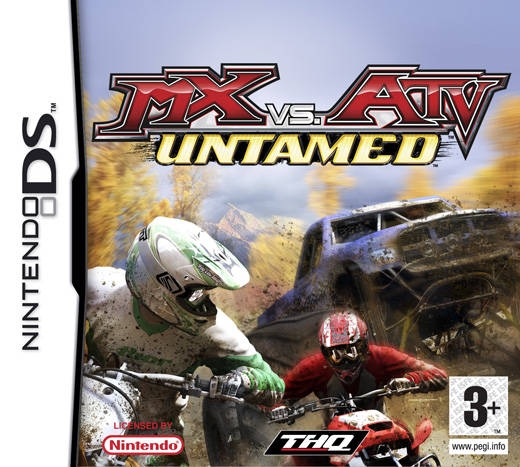 MX vs ATV kicks it up a notch and shifts into high gear as the best selling offroad franchise makes its debut on the Nintendo DS. MX vs ATV’s legendary Rhythm Racing™ lets players pre-load into massive jumps and clutch through hairpin turns at full speed all while retaining the smooth and authentic feel not found in any other game.

Attempt to own the offroad by dominating Race and Stunt Challenge events. Ten DS-exclusive Supercross tracks provide the perfect proving ground for the MX vs ATV rivalry. With two different MX and ATV vehicles to take control of, the competition is fierce in 3 massive Supercross stadiums. Up the ante by completing the MX vs ATV Championship, unlocking playable Sand Rail and Golf Buggy vehicles.

Players can showcase their freestyle skills with combo extenders and over 25 airborne and ground stunts. Make sure to stick the landing, though; riders who bail will find the judges can be harsh on bad landings.