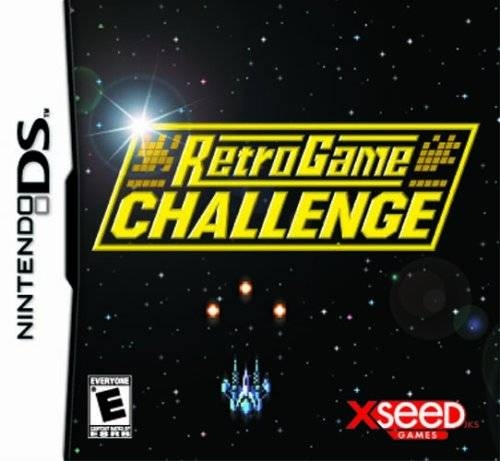 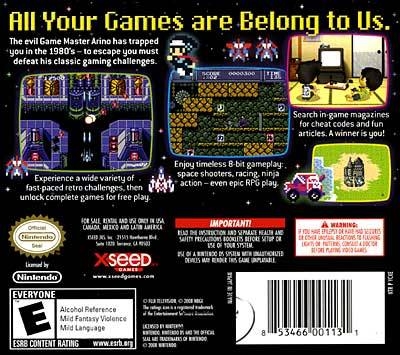 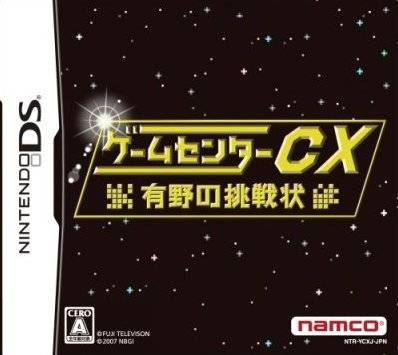 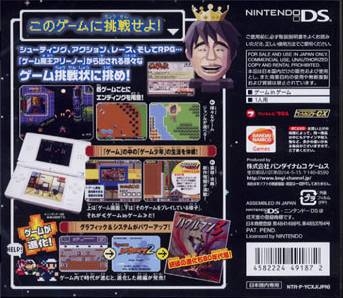 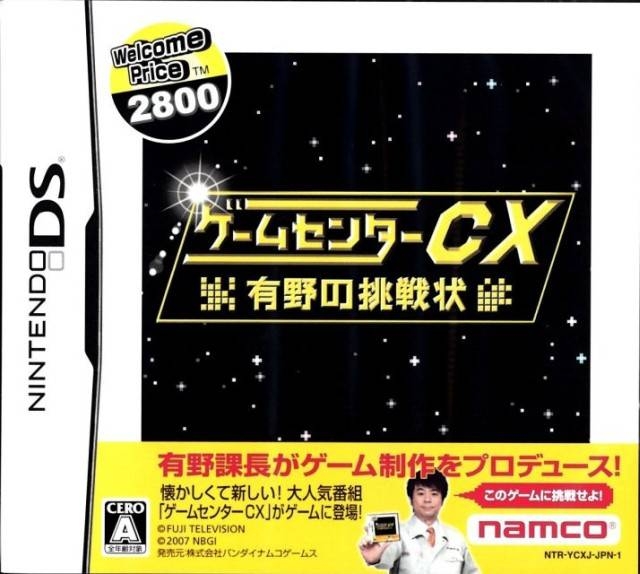 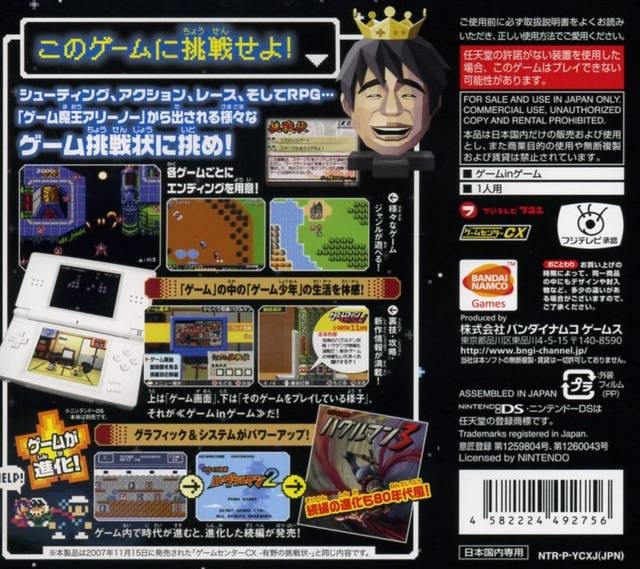 "A game based on a Japanese TV show about a guy completing challenges in retro games. With eight brand-new NES-style games included, is Retro Game Challenge successful at bringing the past into the pr"

Thrown back in time to the 1980’s, you are turned into a young boy and forced to play video games by an evil self-proclaimed “Game Master”, Game Master Arino. Game Master Arino will test your gaming skills by throwing various challenges at you in a wide-variety of retro games including shooters, racing, action and even an epic role-playing game - your only way to return is to defeat him in every retro game challenge he throws at you.

But you are not alone in your quest – armed with access to gaming magazines, cheat codes can be found to warp to later levels, receive unlimited continues or even become invincible! A young Arino is at your side to keep you company during your challenges, quite amused at the fact that he grows up to be so evil in the future to be the cause of your current predicament.

Test your skills with the awesomeness of the 8-bit era and prevent the retro games from exacting their revenge!