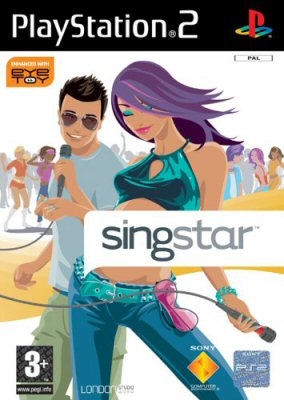 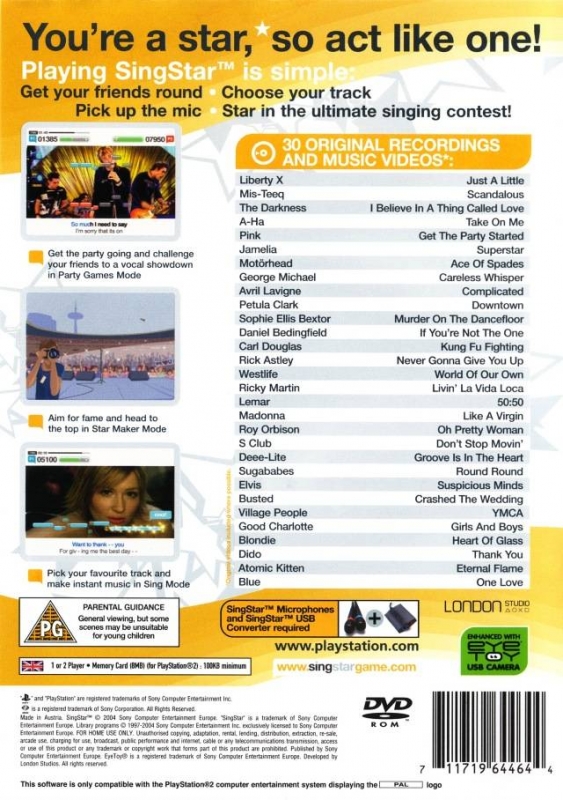 From SCEE London Studio, the same team who persuaded you to leap around your living room swatting imaginary ghosts and busting lethal kung fu moves in the direction of your TV with EyeToy, comes SingStar, the latest in interactive entertainment designed to get everyone up and playing. One of the most involving and addictive titles to come out for PS2 for some time, SingStar has the rather impressive ability to ensnare everyone who sees it in action. Unlike the typically mortifying experience of getting up on a small stage in your local pub and being forced to croak out a number from the popular hit parade (circa 1982, usually), SingStar is actually a stress-free and hugely entertaining experience that, once sampled, will have even the most shy and retiring of types casting aside their inhibitions. As well as having the canny knack of breaking the ice at even the frostiest of familial get-togethers, SingStar is also an involving single-player game that actually encourages you to hone your warbling skills. This may all sound suspiciously familiar, but leave your preconceptions at the door: SingStar is actually a highly innovative title that's unlike anything you'll have ever played before.