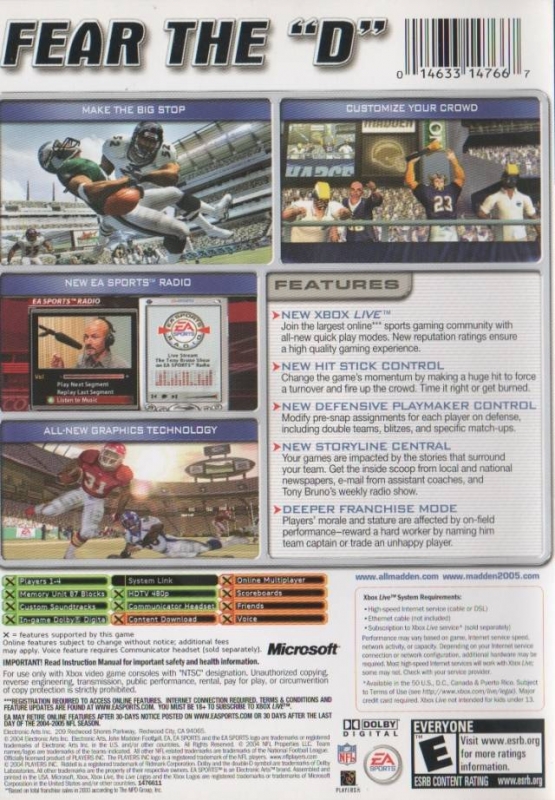 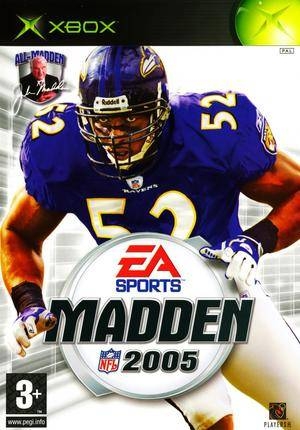 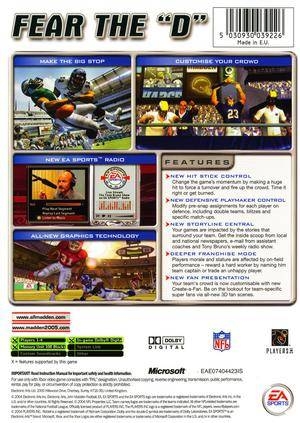 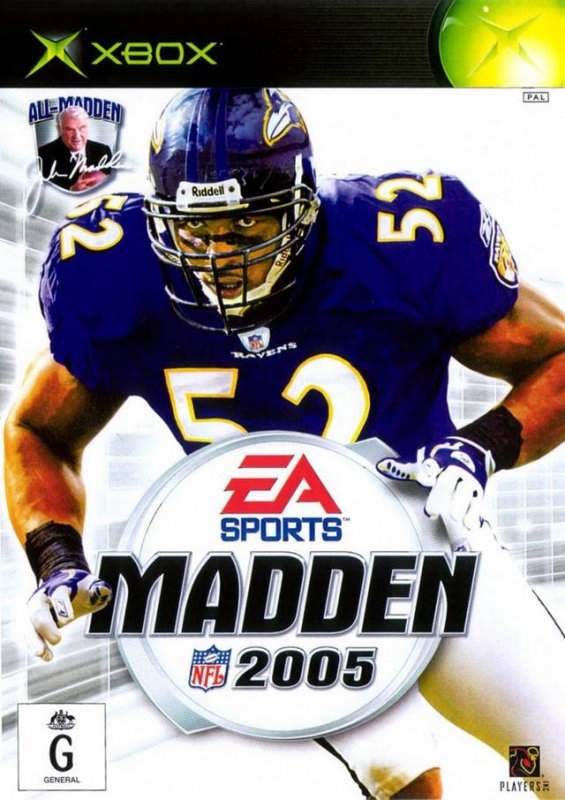 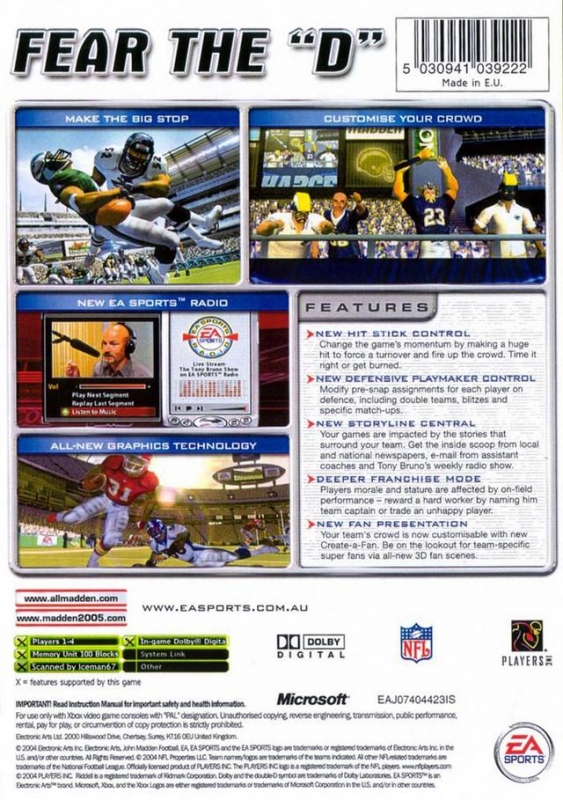 In its 15th year and with close to 37 million copies sold, Madden NFL Football continues to dominate as the most popular football videogame franchise of all time with a combination of innovative new features and the most authentic football gameplay. Madden NFL Football is currently displayed in the Pro Football Hall of Fame—the only videogame to receive this honor.

In the tradition of EA SPORTS™ innovation, Madden NFL 2005 introduces the Hit Stick. By giving players the ability to turn a game around with a crucial tackle, the Hit Stick delivers the power to take control of the game from the defensive side of the ball like never before. Along with all-new defensive pre-play controls and defensive AI enhancements, the defense now has a diverse arsenal of weapons available. The incredible depth of Franchise Mode grows with the addition of Storyline Central.

Madden NFL 2005 delivers unprecedented depth and upgrades, with hundreds of new animations, even more Franchise Mode additions and the ability to create your own NFL super fan in the all-new Create-A-Fan feature. This is the deepest, most complete and authentic sports videogame ever made, making Madden NFL Football the ultimate judge for gamers.