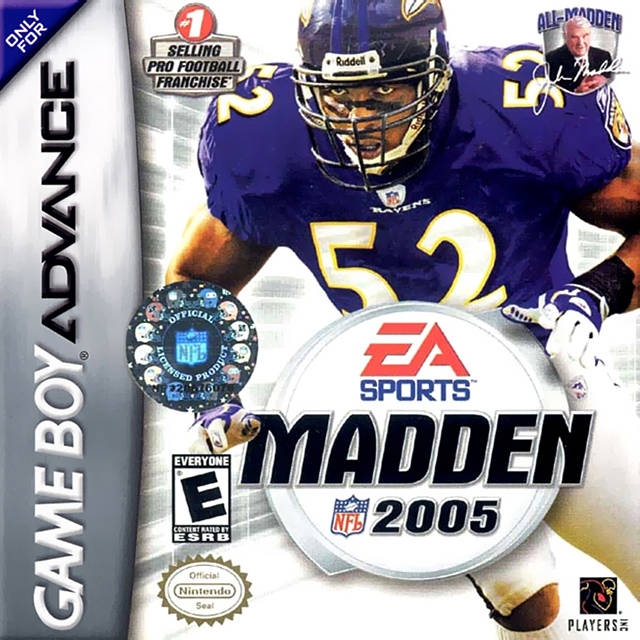 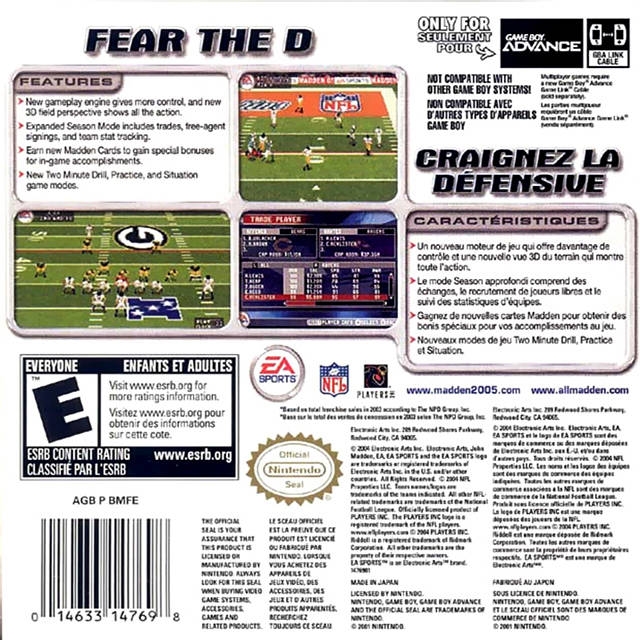 Madden NFL is back in its 2005 season. Face off against many various teams such as the New England Patriots, Oakland Raiders, New York Giants, and many more. Or you can create your own team and players. The goal is to win as many football games until you can get into the Super Bowl.

Gameplay:
Madden returns for another season of big hits, amazing plays, dramatic comebacks and in-your-face football action with Madden NFL 2005. Pick your team and begin a quest for the Super Bowl. Build the ultimate team and hold it together for many seasons to make a NFL dynasty. Develop players in training camp, pick up playmakers in free agency, or make your own stars with create-a-player. Do whatever it takes to dominate your opponents and take home a Super Bowl ring in Madden NFL 2005.

Force the action on defense in Madden NFL 2005. New defensive tools allow you to make more plays and be in on all of the action. The all-new Hit Stick lets you lay the big hit to turn the momentum of the game in your favor.

With the new Storyline Central, you get the inside scoop around the league from radio host Tony Bruno, along with local and national newspapers, to help you make critical franchise decisions. With groundbreaking graphics that capture the real stadium experience, Madden NFL 2005 continues its 15-year tradition of innovation in video game football
Features: