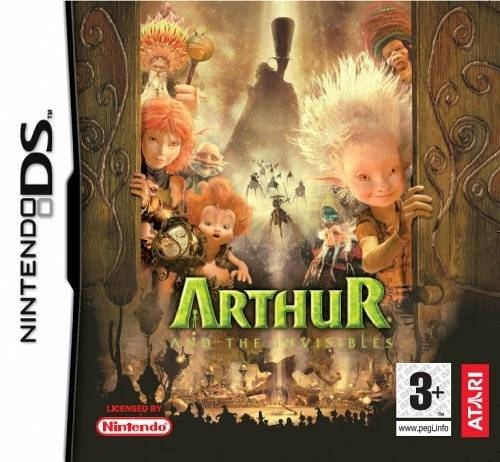 Arthur and the Invisibles (DS)

Directly inspired by the upcoming animated film of the same name, Arthur and the Invisibles is allows players to relive the fantastic adventures of young Arthur and his two pals, Selenia and Bétamèche, in their mission to save the Invisibles’ world from destruction. The game will incorporate filmmaker Luc Besson’s entire Minimoy universe and its tiny inhabitants with the richness and extraordinary visuals of the film.