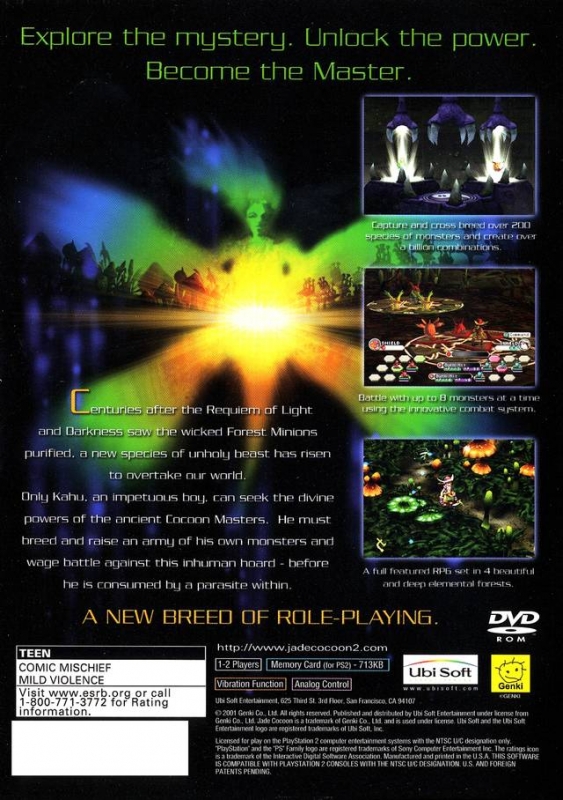 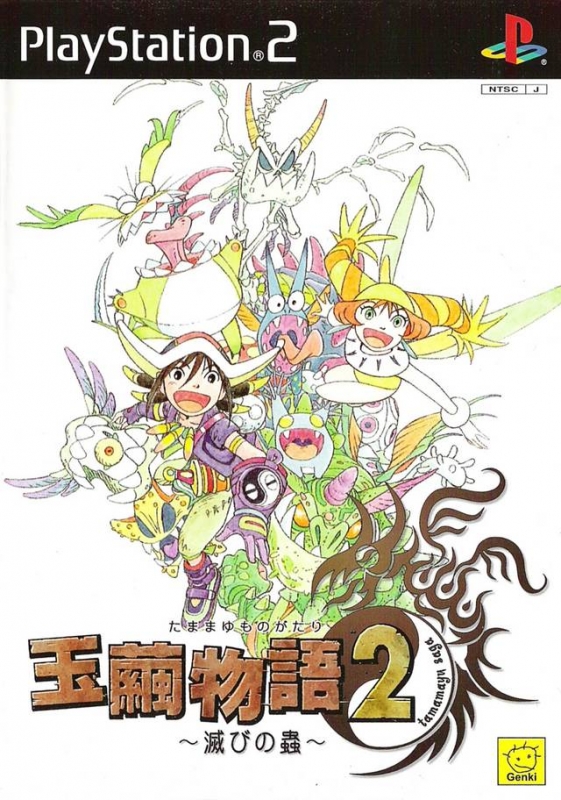 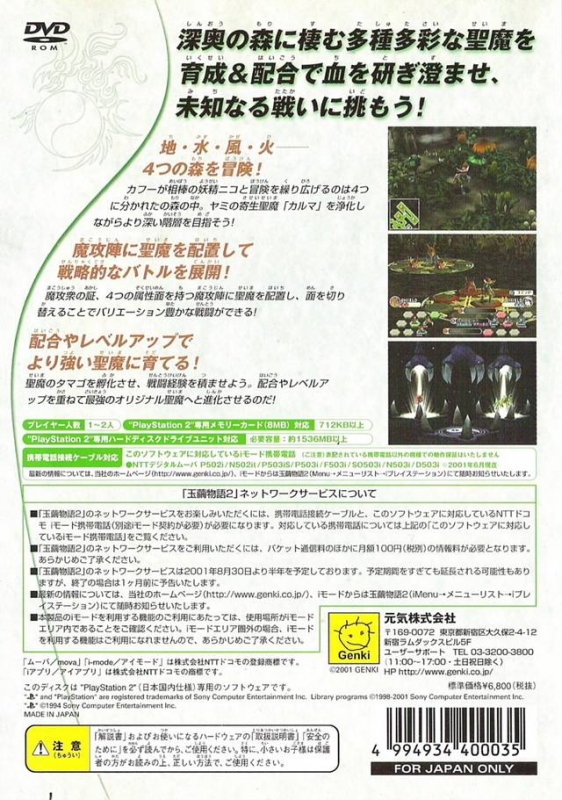 Enter the haunting world of Jade Cocoon 2 and experience a fantasy RPG full of boundless possibilities. Set centuries after the first Cocoon Master purified the wicked Forest Minions and freed his village from a sleep curse, this is the story of a new deadly parasite called Kalma. Kahu, a fledgling Cocoon Master, must now brave the four elementally themed forests and seek the Orbs of Cocoon Masters past before Kalma overtakes himself and the earth.

Within the intense quest for the four Orbs lies a unique battle system in which you can capture hundreds of monsters in cocoons and train them from hatchlings to become your own greatest weapons. Join Kahu and his trusty companion, Nico, on their journey to rid the land of menacing monsters, find the magical Orbs, and defeat the deadly Kalma.