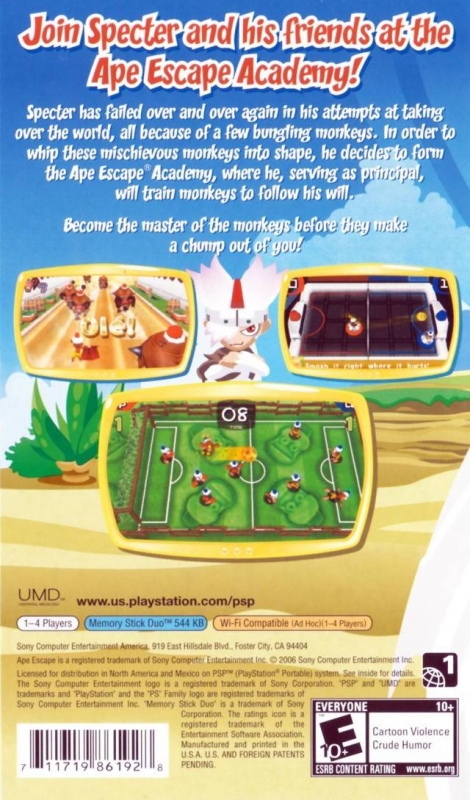 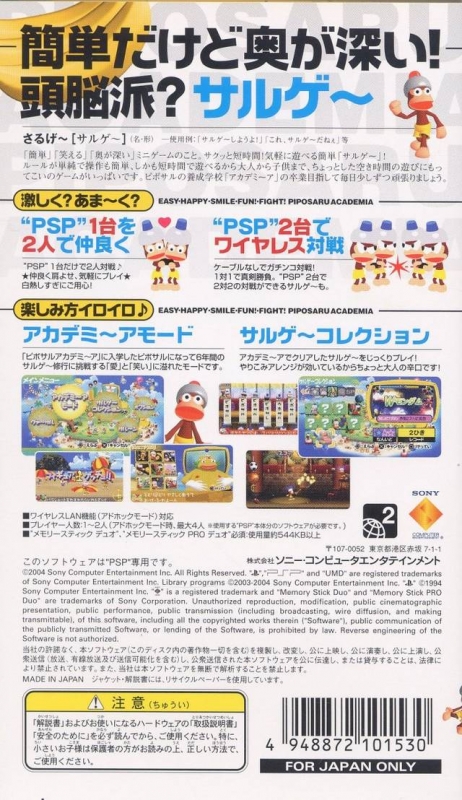 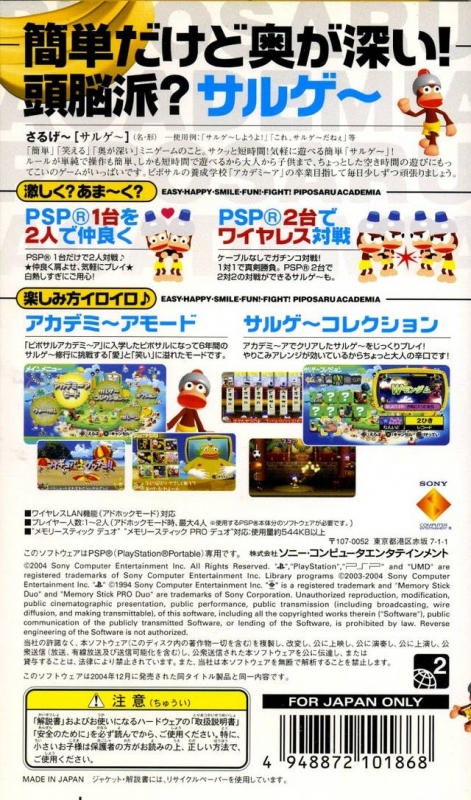 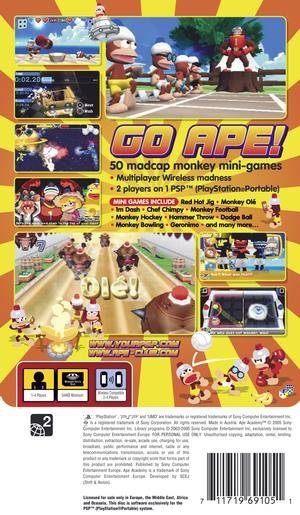 BE THE MASTER OF THE MONKEYS!

Specter has failed over and over again in his attempts at taking over the world, all because of a few bungling monkeys. To rectify his problem, he decides to form the Ape Escape® Academy, where he, serving as principal, will train monkeys to follow his will.

Join Specter and his friends at the Ape Escape Academy and see if you can be the best monkey you can be!