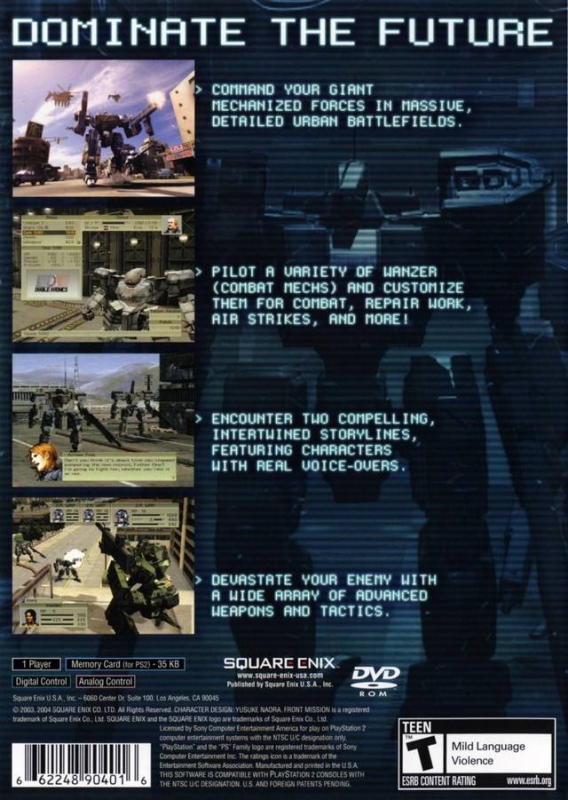 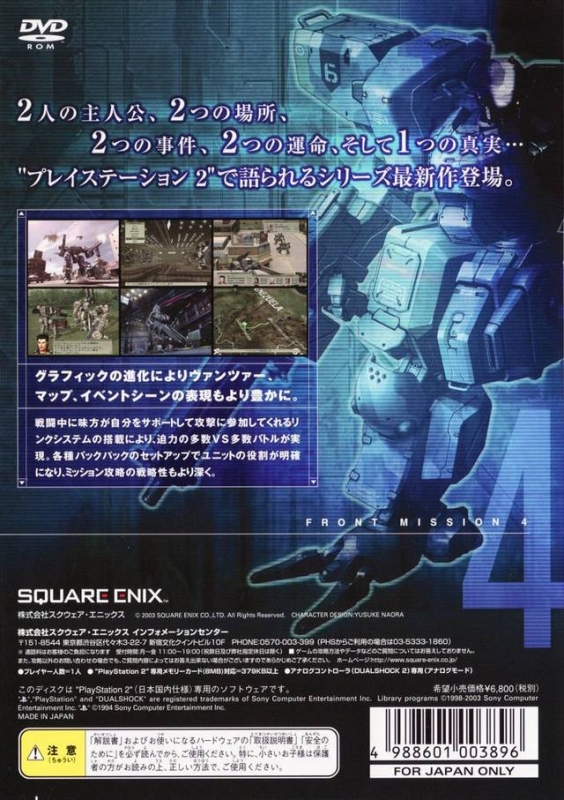 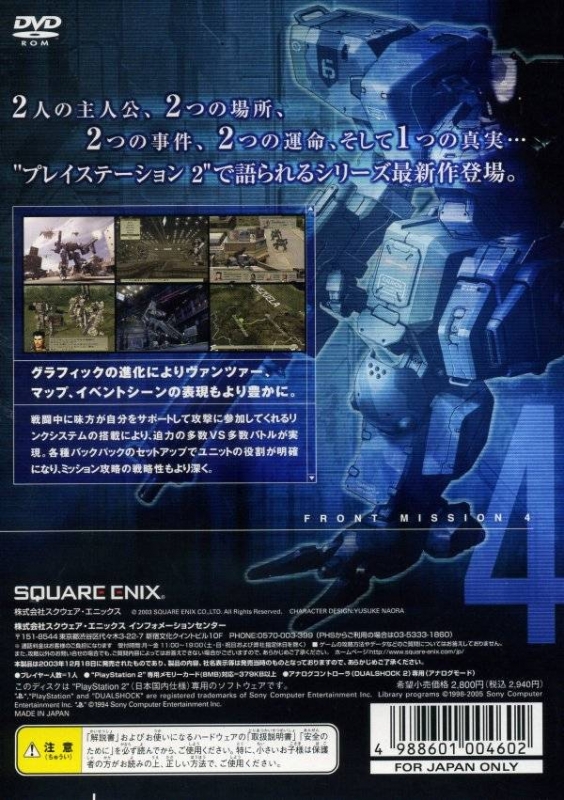 The Front Mission series makes its debut on the PlayStation 2 with an enhanced battle system, new Link System, and dramatic voice-overs. Set in 2096, Front Mission 4 takes place six years after the Second Huffman Conflict, the stage for the original Front Mission. Your point of view switches between two separate characters, who find themselves trapped within a dangerous global conspiracy. As in the previous games, you can fully customize your wanzers--or mech units--with a variety of powerful weaponry and parts. In addition, new tactical features, such as the Link System, bring a new dimension of strategy to the game.