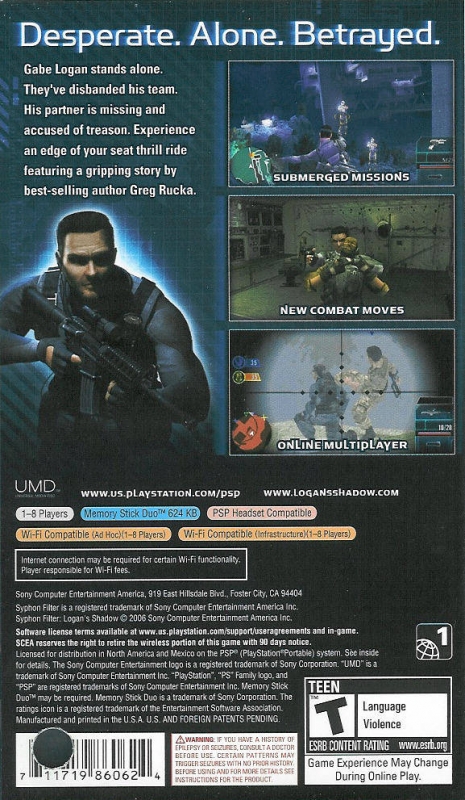 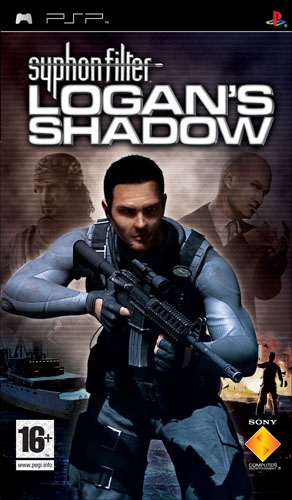 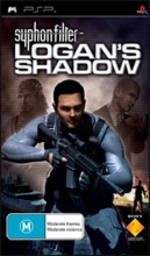 Gabe Logan stands alone. They've disbanded his team. His partner is missing and accused of treason. How far will he go to find the truth? Syphon Filter®: Logan's Shadow will keep you wondering who to trust, featuring an engaging storyline, all-new combat actions and underwater missions.

As the dramatic sequel to the IGN 2006 PSP Game of the Year, Syphon Filter: Logan's Shadow promises to be even better delivering new and enhanced features, including: