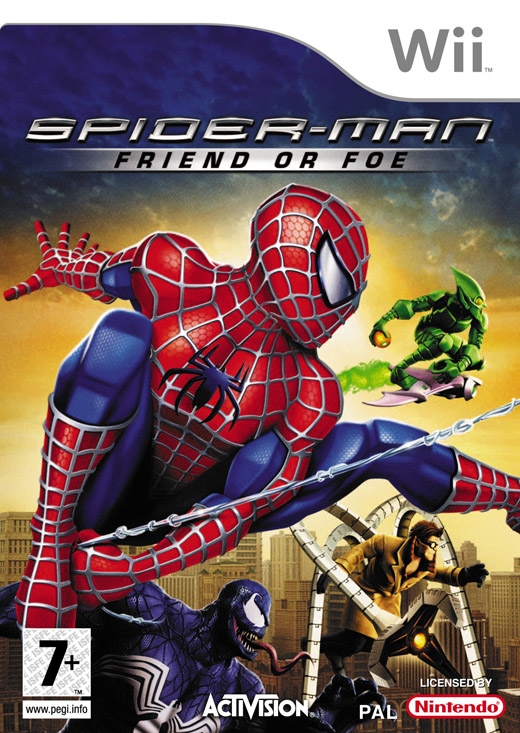 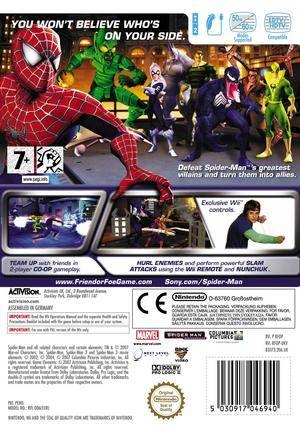 You Won’t Believe Who’s On Your Side

Defeat Spider-Man™’s most famous enemies, like Venom™, Green Goblin™, and Doc Ock™to add them to your epic array of playable sidekicks in this movie trilogy inspired adventure. Experience ground-breaking Co-operative Multiplayer, as Spider-Man or a sidekick, in exotic spots around the globe, including Tokyo, Egypt and Nepal.

Inspired by the Spider-Man™ movies, this Action Adventure game reinterprets big-screen moments and battles with a humorous twist. Replay chapters with different sidekicks and eventually with Black-Suited Spider-Man™ .

Choose a sidekick from your allies – Pick from a long list of Spider-Man™'s allies like Blade®, Ironfist® and Prowler®, and swap between sidekicks at any time. Spider-Man™ and any chosen sidekick can unleash lethal combos against opponents.

Fight against movie villains, then alongside – Face off against infamous movie villains using an innovative combat system. Combat Doc Ock in his lab, Sandman in a construction site, and Green Goblin on the rooftop of Oscorp. Then turn bad guys into good. Once defeated, they become your sidekicks.


Team up in two-player co-op – Share the fun with a friend or sibling! One of you plays Spider-Man and the other controls one of Spider-Man’s powerful sidekicks. You can play Co-operatively through every world, area and level. Team up to accomplish more powerful moves that will blow away the villains.

Come back for more, again and again – Replay each chapter with a different sidekick and eventually with Black-Suited Spider-Man™. Unlock additional characters such as New Goblin® and Silver Sable®. Fight in diverse worlds, from an island jungle and a New York training ground to Transylvania and Nepal.