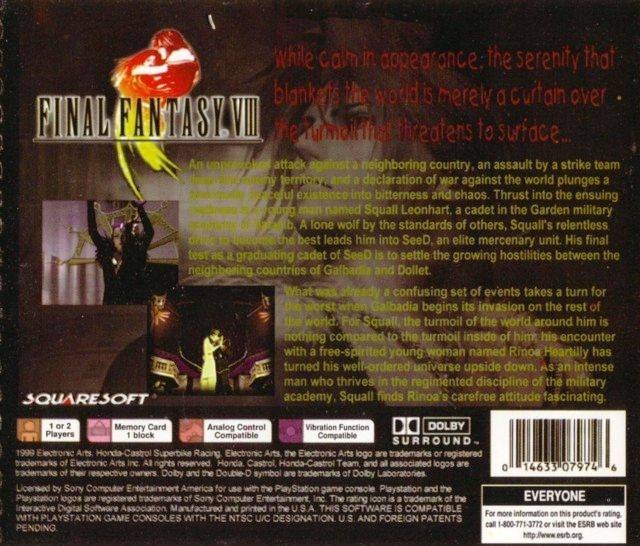 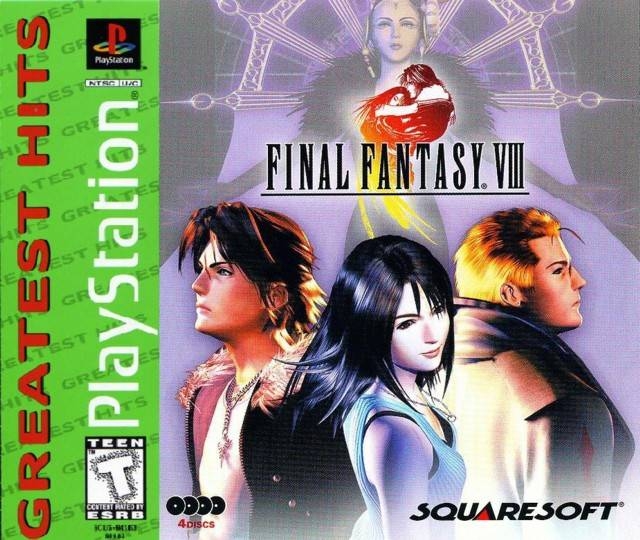 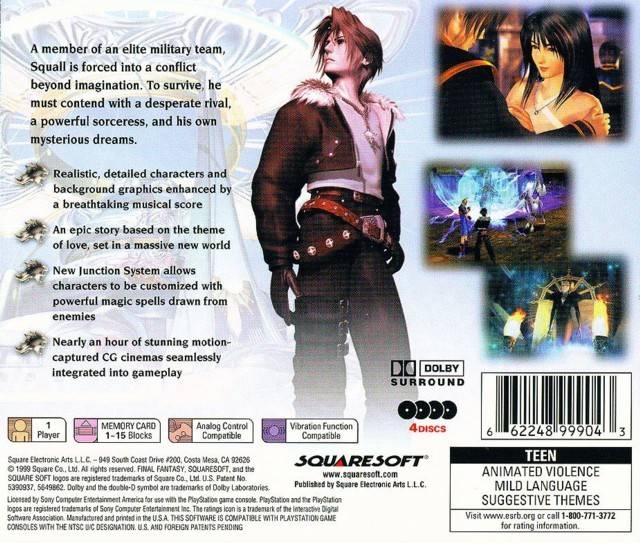 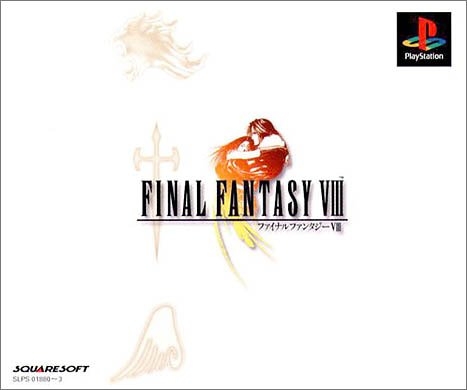 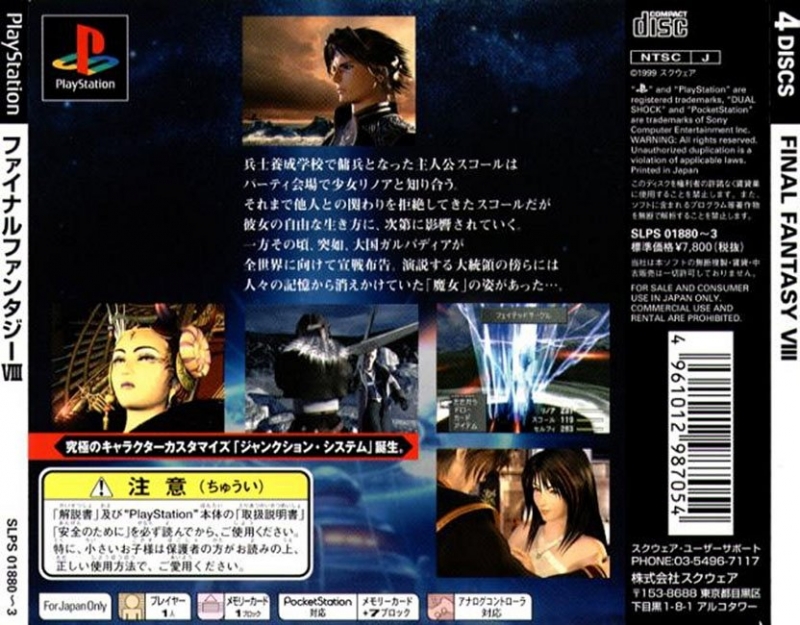 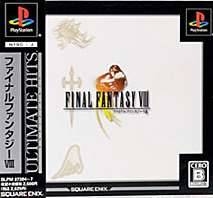 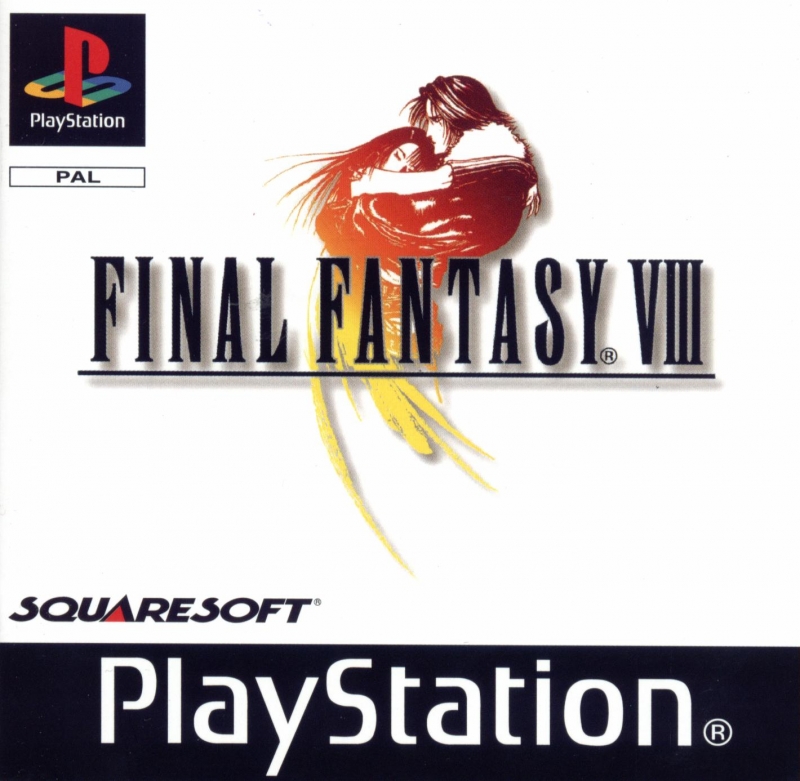 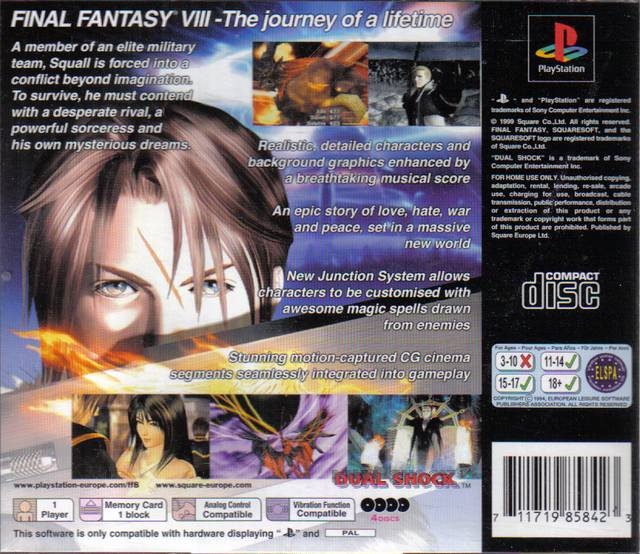 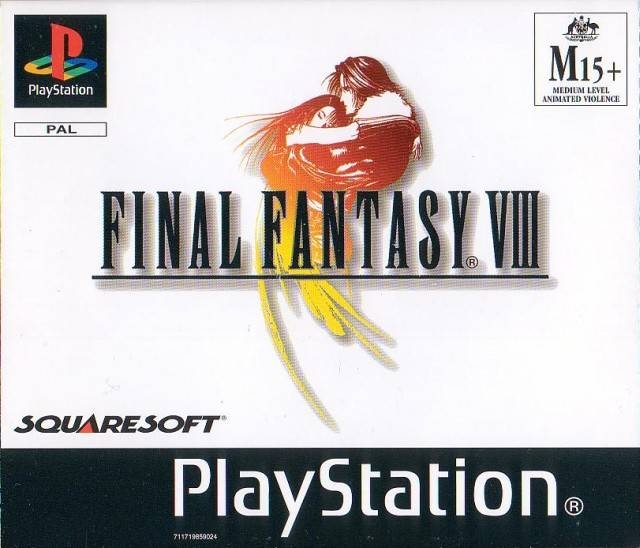 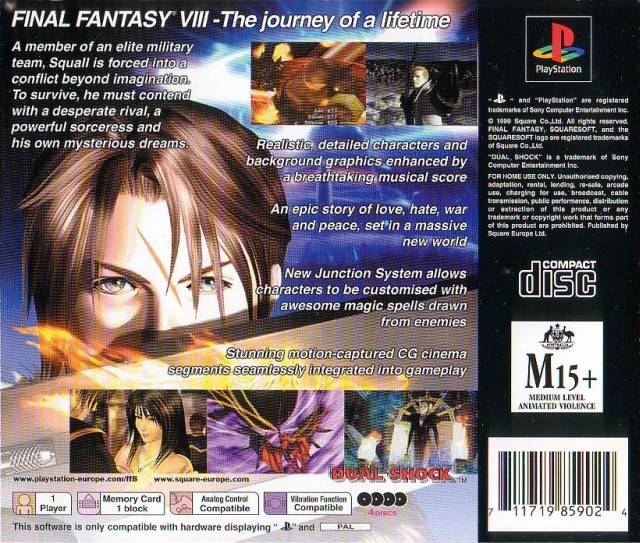 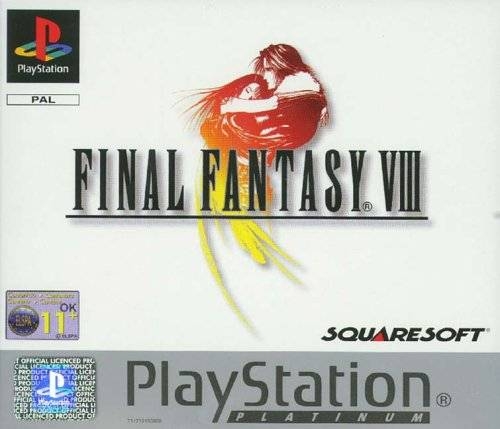 The FINAL FANTASY series has always set the benchmark for what Role-Playing Games should be and FINAL FANTASY VIII is no exception. A revolutionary new Battle System has been created to add more customization to your characters by way of the Junction System. The latest features such as Dolby Surround Sound, Pocket Station compatibility and CG movie integration have also been incorporated into this masterpiece, making this title a showcase in technological game advancements.

The revolutionary new Junction System featured in FINAL FANTASY VIII provides an unprecedented level of control in character customizability. Based upon the powerful Guardian Forces from which the characters derive most of their power, the Junction System allows the player to modify character abilities, commands and even their attributes. Unlike previous games in the series, the magic in FINAL FANTASY VIII is not earned or purchased, but drawn from enemies in battle. Players can opt to cast the magic drawn from enemies right away, or store it as spells for later use. The usefulness of stored magic goes beyond merely casting it however; the Junction System lets the player attach the power of magic spells to attributes, enhancing character stats or special defenses that provide resistance to certain attacks.

Never before has the PlayStation experienced gameplay graphics as smooth and life-like as those present in FINAL FANTASY VIII. Utilizing the artistic talent that is a Square trademark, and a brand new 3D engine, FINAL FANTASY VIII will dazzle players with fully rendered backgrounds and ultra-detailed character models which move with astounding fluidity.

With the new 3D engine capable of displaying highly detailed character models, FINAL FANTASY VIII showcases the latest advance in videogame animation, the seamless integration of Computer Graphic video with real-time gameplay scenes. The transition is such that many players may not notice when a static cinema sequence becomes active