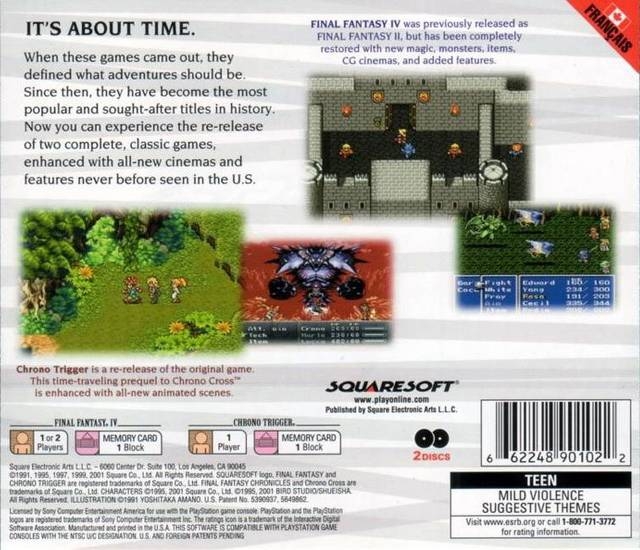 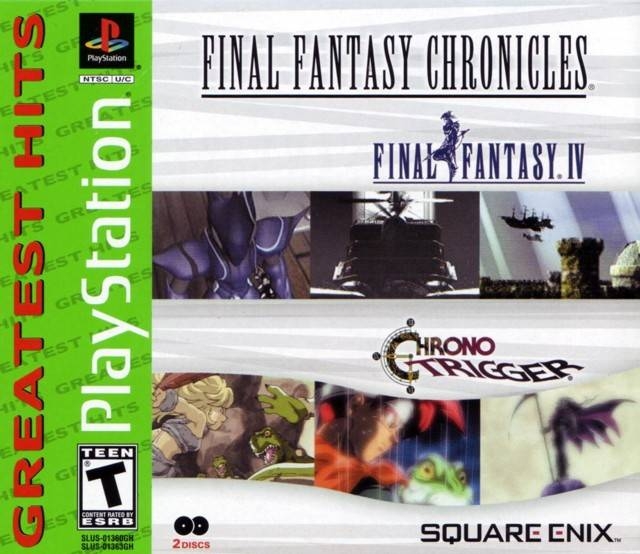 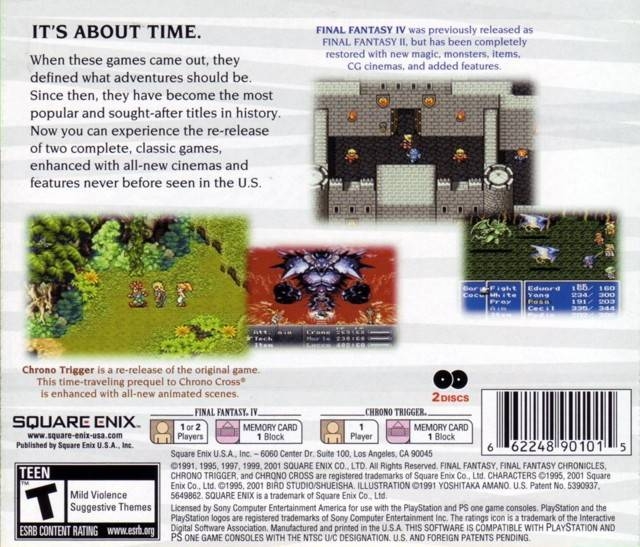 When these games came out, they defined what adventures should be. Since then, they have become the most popular and sought-after titles in history. Now you can experience the re-release of two complete, classic games, enhanced with all-new cinemas and features never before seen in the U.S.

Chrono Trigger is a re-release of the original game. This time-traveling prequel to Chrono Cross is enhanced with all-new animated scenes.

(copied from the back of the case)