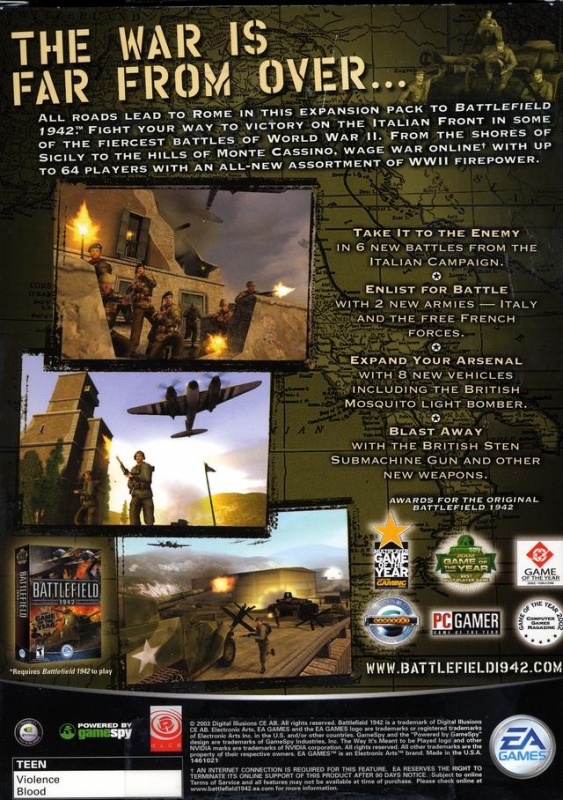 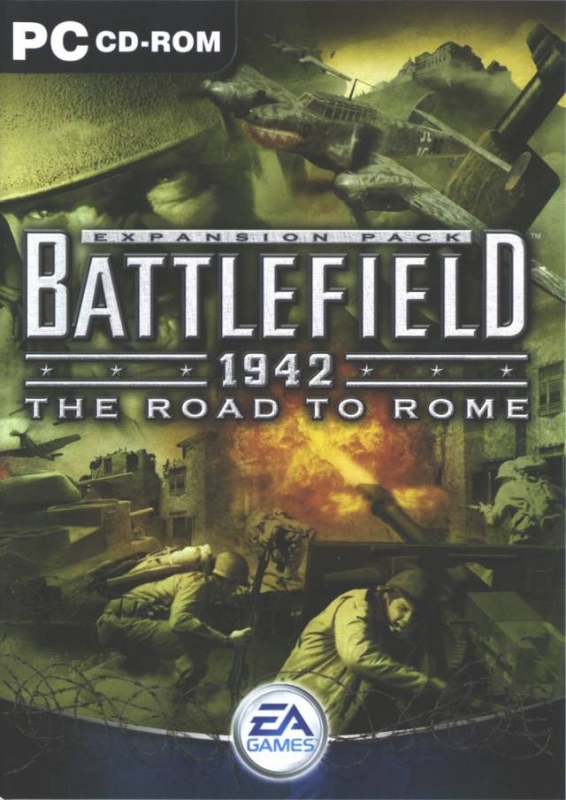 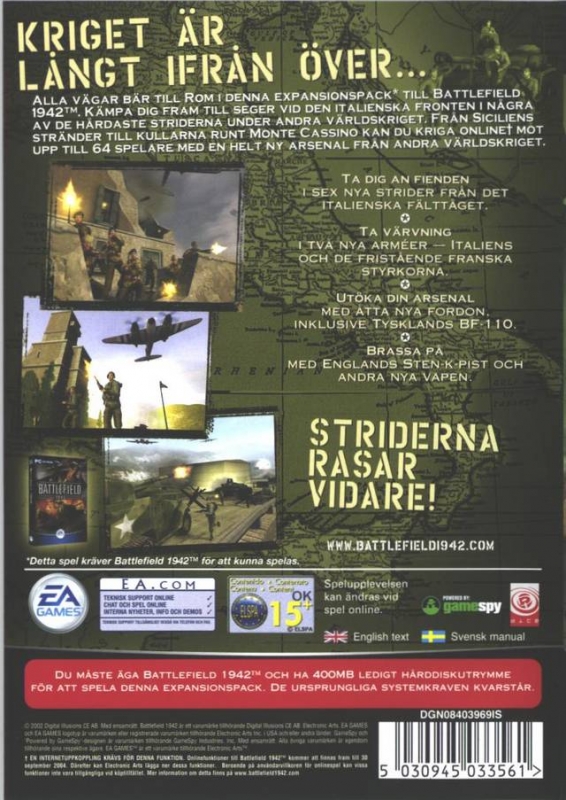 This multiplayer-focused expansion pack gives you more of what you demand from the original Battlefield 1942™, including more maps, more vehicles, and more fighting forces.

The Road to Rome focuses exclusively on the key Italian and Sicilian campaigns of WWII. Each map comes with highly detailed environments such as Italian houses, Mediterranean trees, and even the Monte Cassino Monastery. This expansion pack features eight new vehicles. These include the German BF-110 and British Mosquito twin-engine fighter-bombers as well as new Italian, British, and German tanks and anti-tank guns.

The Road to Rome supports up to 64 gamers (on select maps), playing as several infantry classes, controlling many weapons available to the Axis and Allies, and commanding numerous land vehicles, ships, and aircraft.