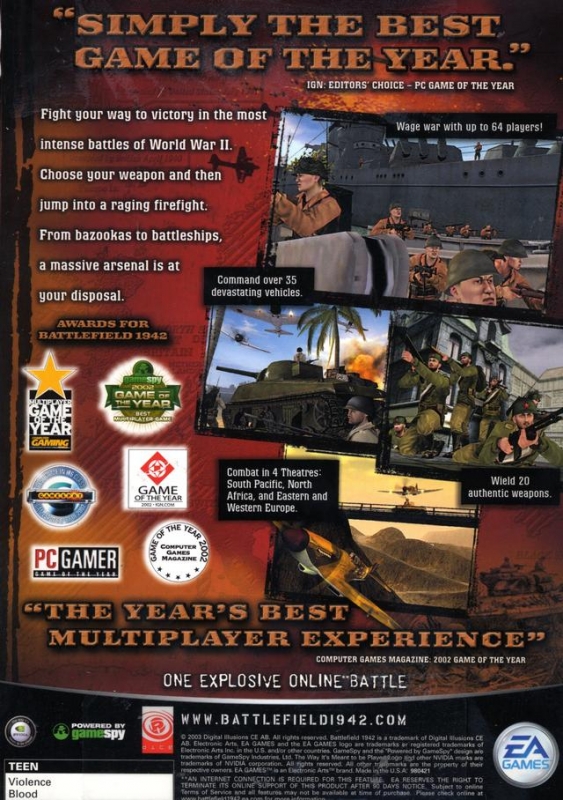 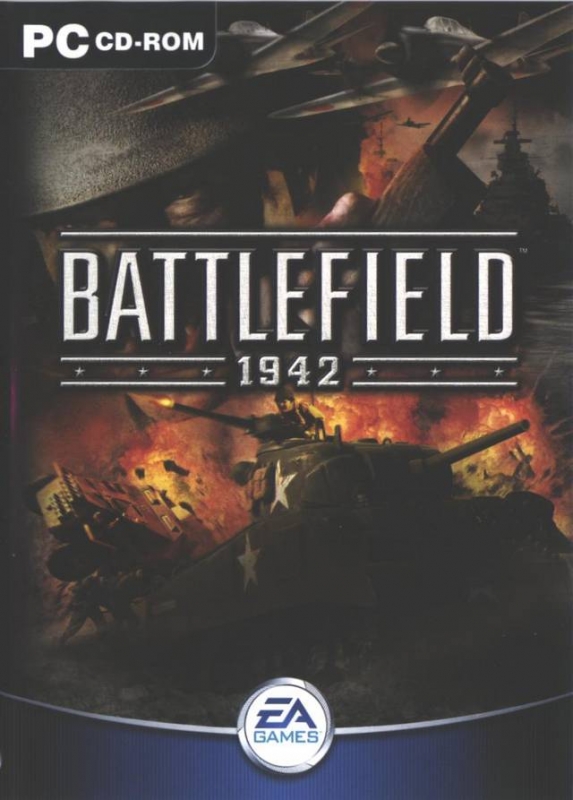 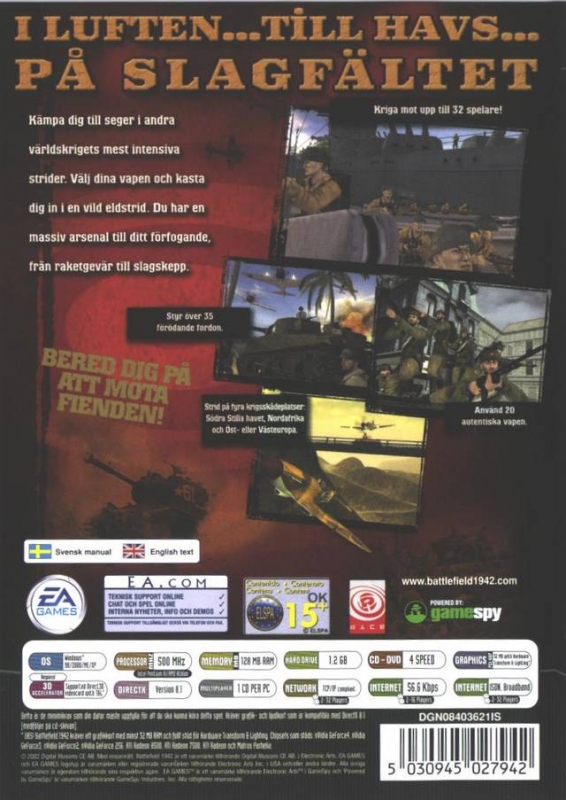 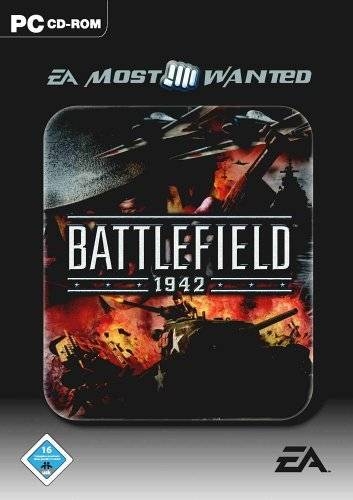 In the multiplayer-focused Battlefield 1942™, players are given the power and tools to affect the outcomes of key battles of WWII. With the ability to control 35 authentic Axis and Allied vehicles from a first person perspective and select from five player classes, they are faced with incredible choices in their plan of action. Among a vast array of available options, players can choose to heroically storm or defend the beaches of Normandy, direct artillery or command a tank at Kursk, pilot a fighter or operate shore battery at Midway, command an aircraft carrier or jeep at Guadalcanal, and take charge of a bomber or an APC in El Alemain - experiencing some of the most dramatic moments of WWII.

Battlefield 1942 for the PC supports up to 64 players and give them the ability to fully experience World War II combat. Gamers can also control many weapons available to the Axis and Allies as well as command numerous land vehicles, ships and aircraft. With larger craft such as a bomber, the game will allow players to choose what stations they serve - pilot, gunner, bombardier and more.