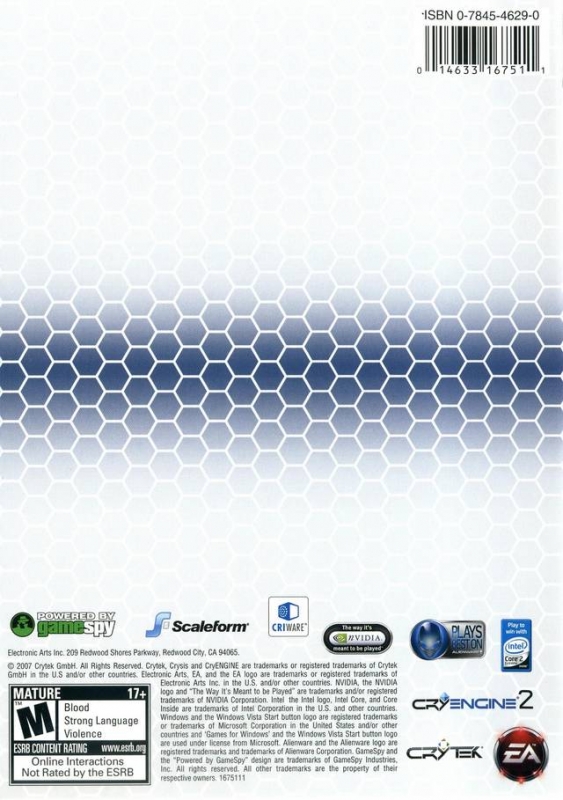 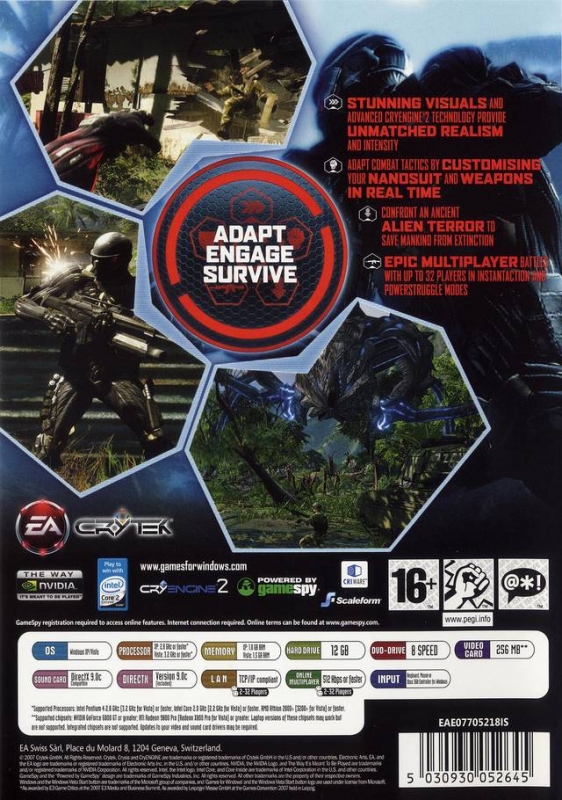 Crysis is a PC sci-fi first-person shooter from the award-winning developer Crytek, the developers of the critically acclaimed Far Cry (MC90). Earth, 2019: A colossal asteroid crashes down to Earth.

The North Korean Government quickly seals off the island chain, claiming the mysteries of the asteroid for themselves. The United States responds by dispatching an elite team of Delta Force Operators to recon the situation and report back to the Pentagon. Amid rising tensions between the US and North Koreans, the asteroid suddenly bursts open, revealing a massive, 2km high alien ship. The ship generates an immense force sphere, freezing a vast portion of the island and drastically altering the global weather system. The invasion of Earth has begun.

The two rival nations unite to stop the aliens and save mankind. The newly formed alliance fights epic battles against the marauding Aliens. With hope rapidly fading, the player must lead a crack squad through lush tropical jungle, harsh frozen landscapes, and finally into the heart of the alien ship itself for the ultimate Zero G encounter with the aliens.

Crysis offers players a highly immersive FPS experience in which they will have to adapt their tactics, weaponry, armour and gameplay style to survive and defeat the alien invasion. Crysis uses the leading-edge technology of Crytek’s proprietary engine CryENGINE™ 2.