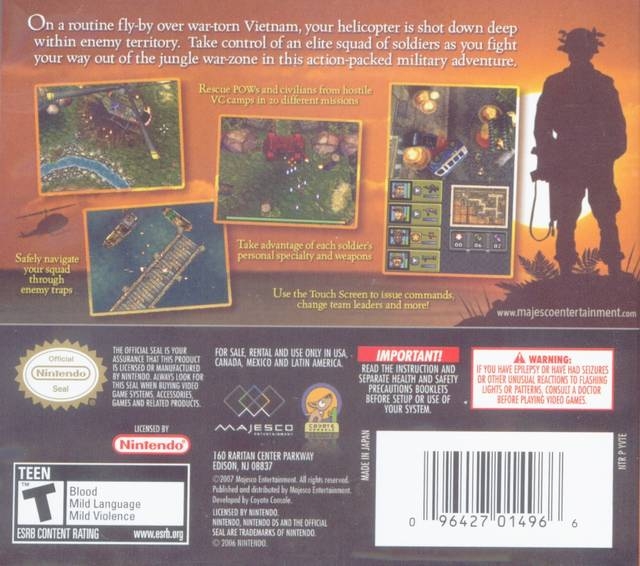 On a routine run over the Vietnam war-zone your chopper is taken down in VC territory. It's up to you and your squad to make it out of the VC infested region while liberating civilians. You're in total command as you make your way through war-torn Vietnam and eliminate the VC insurgence.