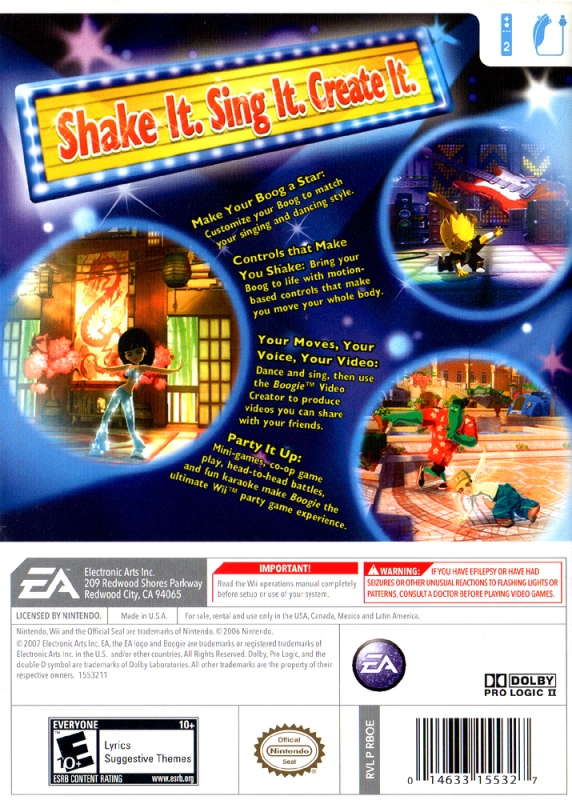 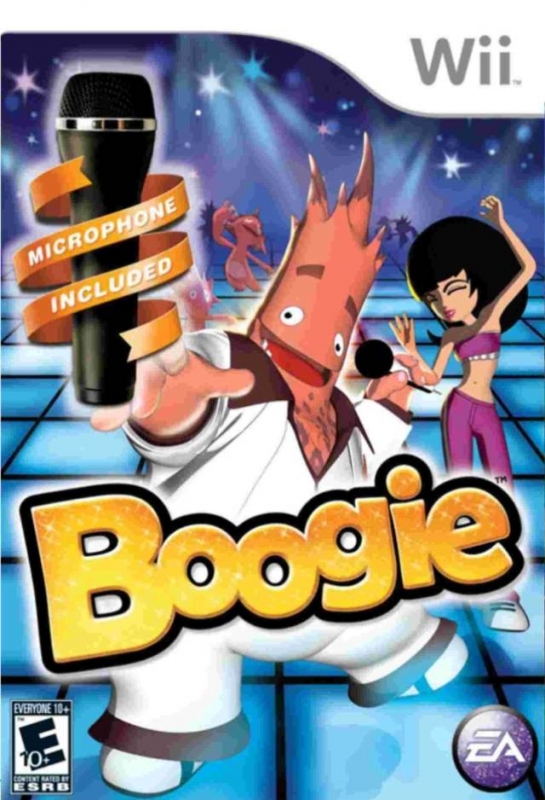 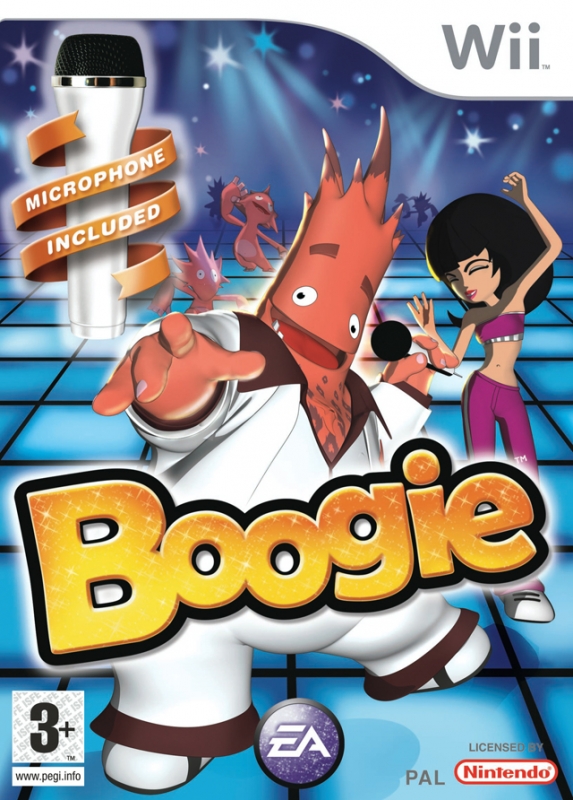 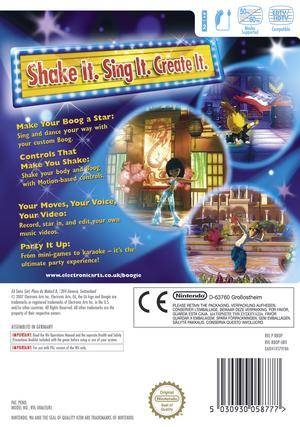 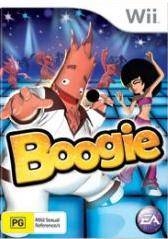 Using the Wii Remote and a microphone that comes with each copy of Boogie, players get into the game’s groove by showcasing their singing and dancing moves.

Each player creates their own Boog - the star of tomorrow. The Boog then breaks a sweat on-screen as you let it all hang out in your living room. When each song is finished, players can use the fun editing toy to create a music video, complete with multiple camera angles and cool special effects. Players have a huge selection of songs from more than four decades from which to choose. They can put their own twist on a classic or be a modern-day diva.

Boogie isn’t just a part of the party, it IS the party! With a karaoke party, fun mini-games, cooperative gameplay and head-to-head battles, Boogie shows it has what it takes to be the complete entertainment experience.

•Bring a Boog to life with the innovative, motion-based Wii Remote. Dance, shake and move with the Wii Remote while controlling the Boog’s upper body movements and facial expressions with the Nunchuk controller.

•From rock to pop, disco to funk, Boogie will have players singing and dancing to an all-new beat.